Isaac Hillier (1797-1884) was the son of Thomas Hillier.
He married Maria Playne on the 10th of July 1828 at Minchinhampton, Gloucestershire, England
He married Susana King widow of Peter King, a corn miller from Kings Stanley in 1865
He founded Hilliers Bacon Curing Co. Ltd. (Incorporated on 11 March 1865 Liquidation c. 2003)
He died aged 88 on the 4th of July 1886 at Newmarket House, Horsley, Gloucestershire, England

ask our community of genealogists a question.
Sponsored Search by Ancestry.com
DNA Connections
It may be possible to confirm family relationships with Isaac by comparing test results with other carriers of his Y-chromosome or his mother's mitochondrial DNA. However, there are no known yDNA or mtDNA test-takers in his direct paternal or maternal line. It is likely that these autosomal DNA test-takers will share some percentage of DNA with Isaac: 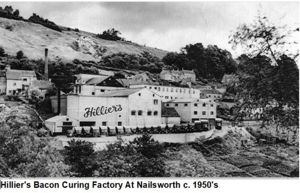