Esther was born in 1901.[1] She was the daughter of James Lake and Della Cunningham.[2]

Esther Marie Lake, the daughter of James Scott and Flora Adel [Cunningham] Lake, was born August 14, 1901, on the family farm in Ellis Township, Hardin County, Iowa. She attended Cottage Country School through the eighth grade. Esther stayed home her ninth year to care for her niece, Evelyn Lake Litttschwager. She then went back to town, via horse and buggy, on Sunday nights and boarded at Mrs. Katch's during the school week. Esther graduated from the Iowa Falls High School with the class of 1921 receiving her normal teaching certificate. She taught at Ellis Center Country School and the Swinger Country School in Buckeye Township. On October 9, 1923, Esther was united in marriage to Stateler William Dougan at the Baptist Church Parsonage in Iowa Falls, Iowa. They farmed north of Iowa Falls, then near Alden, Iowa, and then moved to the family farm in 1928 where she lived for forty five years. She then lived in a farmhouse on Highway 65 for six years and then moved to Iowa Falls, living at 202 Thompson Avenue. The couple had three children: Russell Stateler, Arlo Hugh, and Della Rae. She was an accomplished pianist, riding her horse to Hubbard, Iowa to take lessons. After State died on May 26, 1965, she worked at the Alden Nursing Home for a short time. Esther enjoyed entertaining relatives and friends in her home, the outdoors, gardening, flowers, travel, and playing cards. She lived in her own home until her hip broke and she moved to Scenic Manor in late 2003.

Esther Marie Dougan is survived by her son: Russell Dougan and wife Rhoda of Buffalo, Missouri, her daughter: Della Rae DeBaun of Phoenix, Arizona, twelve grandchildren; thirty great grandchildren; twenty-one great-great grandchildren; nieces, nephews, cousins, and her many many friends. She was preceded in death by her parents: James and Flora Lake, her husband: State Dougan; her son and daughter-in-law: Arlo and Valda Dougan; her son-in-law: Marvin "Buck" DeBaun; her sister: June Neuenfeldt; her two brothers: Floyd Lake and Charley Lake.

ask our community of genealogists a question.
Sponsored Search by Ancestry.com
DNA Connections
It may be possible to confirm family relationships with Esther by comparing test results with other carriers of her mitochondrial DNA. However, there are no known mtDNA test-takers in her direct maternal line. It is likely that these autosomal DNA test-takers will share some percentage of DNA with Esther: 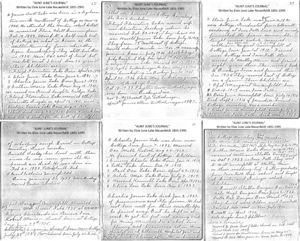 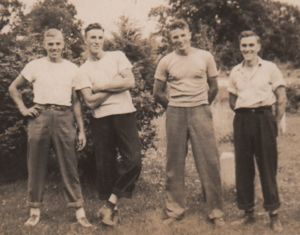 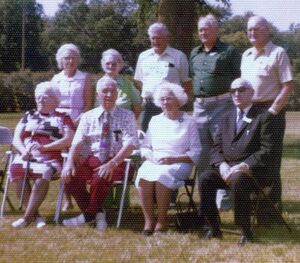 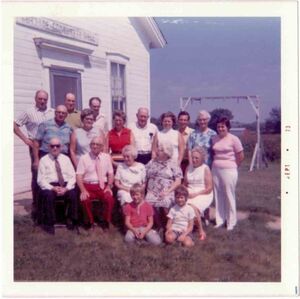 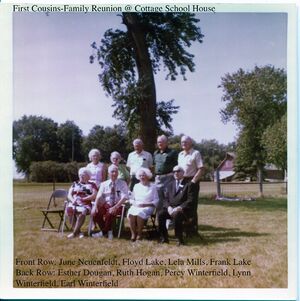