[send private message]
This page has been accessed 554 times.

The goal of this project is to follow the history of a house in Putney. I came across "Belle Vue" whilst researching the ROSS family, specifically my grandmother Ellin Bertha Louise Money (formerly Ross) in the England 1881 Census [Putney, London]. Belle Vue no longer exists but I have found its location and this projects plan is to research all the people who ever lived there [hopefully!]

These are published by Alan Godfrey Maps[1]
The printed map has a listing of houses in each road. The Upper Richmond Road (north side), lists the named villas between Carlton Road and Putney Hill that existed at this time, complete with names of residents. This is the stretch of the road that I am researching.

NOTE: Putney is listed as SURREY on 1871 Census. See District-9, Page 16 onwards [2]
No's 1-15 Lime Villas and Prince of Wales pub is shown.
Next, south of the road we have East Limes with the Scott family who are also in 1891 and 1901 Census.
Next up is Letchmere Lodge and Dudley Villas.
Belle Vue is not listed. Houses either side are - Dudley Villas (but not Poole Villas, Eaton Villas or Bell Vue) and then Magdala Villas 1&2 on p17.

Further research shows that Poole House and Eaton Villas were unoccupied so not listed on this Census. They are listed on the 1886 map.

Census 1881 Putney - District-9 [4].
The Ross family lived at Belle Vue in 1881. No house number at this time.
The following family members are listed in the Census...

There are no others listed so house being cared for at this time.
Note about the translation of the 1891 Census. Mary E Schollar is listed as part of the "Hart" household (no: 77) but on the actual return itself she is clearly shown to be living at no: 81[7][8].

The 1921 Census has finally arrived (January 2022). The same family is living at No: 99, John Bland and his wife Sarah Anne. Mary Collins is no longer living here, but William Piper, a male nurse is now listed[12].

Awaiting the Census to see what it will contain!

I am using the excellent London Borough of Wandsworth borough maps, these are crown copyright free to use for non-commercial basis[13].


The naming and numbering of the houses on the south side of Upper Richmond Road (East) has changed a couple of times. This became apparent whilst checking to see if some families appeared in more than one Census, and looking at their addresses.

Researching individual histories of the houses nearby, I found this article on the occupant of 3, Acacia Villas: Oates was born at 3 Acacia Villas, Putney, on March 17th, 1880. The street and number were changed to 93 Upper Richmond Road, Putney, on February 18th, 1881. On June 21st, 1904 it was again re-numbered to No 111 Upper Richmond Road, Putney[14].

Note-Google Images may be used, see guidelines here[15]
These are Google images of the area today. In about the 1970s the southside of the road was completely redeveloped and office blocks replaced the large villas.
This image is facing south, with the Prince of Wales public house on the left. The tall thin building on the other side of the road on the right hand side (with red street sign in front) is no: 101-107 which is next to where Belle Vue would have been.


On the north side of the road, the houses are the original ones, numbering from the Prince of Wales (no: 138) to the distant house at the railway bridge (no: 94)

There are excellent online mapping tools available, example here of the National Library of Scotland's geo-referenced map[16] and the Wandsworth Aurora map as previously mentioned[17]. Both allow historical mapping searches.

East[18] and West[19] Putney conservation appraisal reports are a great resource. They show how the areas used to look with maps showing the history of development of the streets. There are some excellent historical photographs that give an idea of the substantial villas along Upper Richmond Road. See page-19, figure 8 & 9 in the West Putney document for a couple of excellent period photographs.

A quick history of the nearby station gives a feel of how the area was developing.


The station was opened by the District Railway (DR, now the District line) on 3 June 1889 on an extension from Putney Bridge station to Wimbledon. The extension was built by the London and South Western Railway (L&SWR) which, starting on 1 July 1889, ran its own trains over the line via an eastward-facing loop that joins the Clapham Junction to Barnes main line.

The section of the District line from Putney Bridge to Wimbledon was the last part of the line to be converted from steam operation to electric. Electric trains began running on 27 August 1905[20] 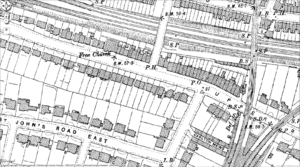 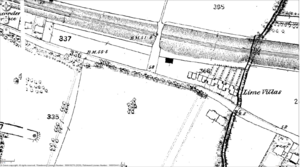 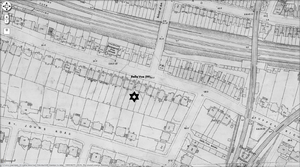 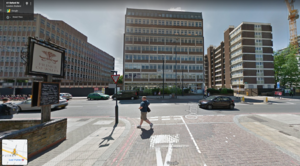 Lorn Money
Thanks Eowyn, yes its fun and harder than expected to research. I am also doing a space for Portugal Street (wiki/Space:Portugal_Street).