[send private message]
This page has been accessed 497 times.

After the Wilson family Woodturning Business in Birmingham, Warwickshire was bombed during the Second World War, brothers Leslie Wilson and William "Billy" Wilson moved with their families to Ashtead, Surrey in about 1941.[1][2] Their new homes were two adjacent 17th century cottages, then known as Howard House Cottages, later Howard Cottage and Ivy Cottage at Parkers Lane (formally Parkers Hill).

A Cottage for Each Family

The left hand property was occupied by Leslie his wife Gladys (Page) Wilson and their children, David Wilson and Monica Lesley Wilson.

The right hand property was occupied by Billy, his wife, Jessie (Buckley) Wilson and their son, Barry Wilson.

The attached document, seemingly a copy of an agreement between Leslie and Billy, was found among the family records and mementoes of Leslie's daughter, Monica Lesley (Wilson) Orme.

Dating from the early 17 century, the property was probably at first a single dwelling and was originally known as Ashtead Cottage. It is shown on the Lawrence Map of 1638 as the house of John Head. Early on it was divided into two semi-detached residences. During the 18th century, the left hand cottage was extended to the left and the front door was moved from the side to the front, within the new bay. Both cottages were extended to the rear.

The cottages often provided housing for staff working at the Blacksmith's next door on Rectory Lane and during the 19th century, the cottages were home to domestic staff working at Howard House (demolished in 1962), which stood to the West. Since August 1990 both properties have been Grade II listed.[3][4][5][6]

Memories: 1
Enter a personal reminiscence or story.
Chris Orme
I have many happy childhood memories of times spent at 1 Parkers Lane, Howard Cottage. Things I loved: The coal fire in the original fireplace and my grandmothers fire brasses; the creaky winding staircase; my mother's old bedroom with her paintings on the panelled walls. Things I did not like so much: Hitting my head on the very low beam in the lounge; baths in the freezing cold bathroom.
posted 27 Nov 2019 by Chris Orme   [thank Chris]
Login to add a memory.
Images: 4
Howard Cottages, 1942 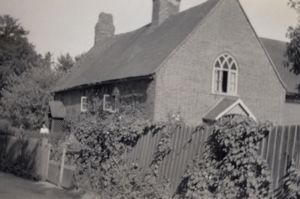 Gladys and Jessie Outside Ivy Cottage, 1973 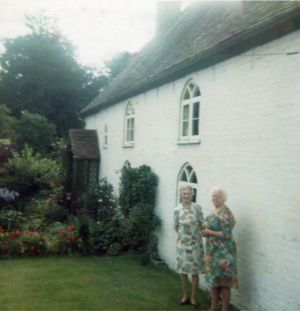 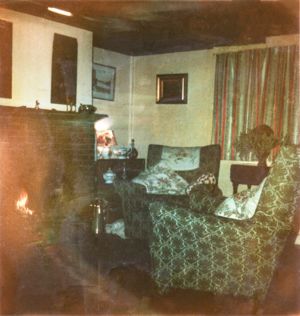