02:30: David Urquhart uploaded Ravenswood Queensland-29.jpg for yourself. [Thank David for this]
This page has been accessed 1,579 times.
This Study has been included in the One Place Studies Project.

This project study was formed to build up a history and eventually a more complete story about Ravenswood, a mining boom town in North Queensland, and the surrounding mining fields, it's inhabitants and their lives.

How to Join Right now this project just has one member, me. I am David Urquhart. Will you join me? Please post a comment here on this page, in G2G using the project tag, or send me a private message. If you have any questions, just ask. Thanks. Please don't hesitate in speaking up if you find a broken link.

Task List Here are some of the tasks that I think need to be done. I'll be working on them, and could use your help.

Charters Towers is to the west of this map and the Burdekin District is to the east.

Before the advent of Unions, Miners were expected to work a 48 hour week. They usually wore a cap to keep the dust out of their hair, Flannel shirts, a "bowyang", bands around their pants to keep out the dust and sweat-rags around their necks. They had a "spider" which held their candles and this was usually stuck in rock crevices in the wall, or hung on a projecting piece of rock. They had their billy with an enamel cup and their "crib" in a calico bag. Their footwear was always heavy hobnailed boots, to save their feet from falling rocks. They were always in constant danger from falling rocks, rising water, foul air and explosions.

Ravenswood soil was good, and water was available, usually pumped by a Windmill, so almost everybody had a garden, consisting of vegetables, fruit trees and flowers. Everybody had a herd of goats for milk and meat, which were also used in goat races. They also had chickens, ducks often a pig, cows and horses for travel. People rarely bought blankets. Sacks were opened and covered with different forms of quiltwork. Pillows and mattresses were made from feathers. There was no electricity, so meat was hung in a meat safe made of mesh and covered with bags that were kept wet to keep the meat cool. Meat was mostly corned to keep it longer. Tripe, Brain, Steak and Kidney Pie, Tongue and Liver were a regular part of the menu. Kerosene lamps were used for lighting and the empty tins reused for shelving or containers. Wood stoves were used for cooking and the fire went all day. There was usually a water tank on it, thus a constant supply of hot water. Cribbage and other card games were played to fill the spare hours. Hopscotch was a popular pastime for the girls. Boys had their shanghai's.
Another game was knucklebones, made from goat spine bones, boiled and stained different colours. Five knucklebones were held in one hand, one was thrown up into the air, and while it was up, you had to put the others down, one at a time, and picked them up quickly before the other one came back down.
High infant deaths from disease and dirty water, drunken-ness, murder,

Several murders were recorded around Ravenswood.[2][3]
One, of an unidentified, mutilated, naked body, found 17 miles from Ravenswood, in a corner of a waterhole in a creek on Reid's track on the 11th of December 1870.[4]
Another was, James Arthurs 18th July 1878, 29 yrs, Lawyer, buried Ravenswood.[5]
Maria Josephena Steffen murdered in 1878 by Joseph Mutter.[6]

⇉*Archibald Wilson, "The King of Ravenswood".

This house was in the center of Ravenswood next to the Court House and now only marked by the set of steps.

The Ravenswood Hotel had fifty bedrooms, as well as Billiard rooms, Writing rooms and a Grand Ballroom.

⇉*Hugh Hawthorn Barton, the company manager of The Ravenswood Gold Mining Company which included the Black Jack, Sunset, Grant and Mabel Mill.
⇉*Dinah, his wife, passed away in Ravenswood.

The Ravenswood Court house, a T shaped building, was built in 1882 and added to the Queensland Heritage Register in 1994. After the demise of the town, the buildings were removed in 1965 to Mt Ravenswood station and re-erected further out of the district in the area which is now Lake Dalrymple. With the imminent construction of the Burdekin Dam, the whole town was listed as a heritage site and the court house buildings were moved back to town and are now used as a museum.

Annie Bags used to wonder around Ravenswood for many years before making her way to Charters Towers during the 1890's, before finding her way to Townsville where she passed away in 1910 and was left undisturbed in a unmarked grave in the Belgian Gardens Cemetery from the 18th of October 1910 until 2019 when she was given a headstone.

⇉*Anne Delaney ran by the Delaney family for 90 years.

As the population grew, so did the school. First built in 1873, it was expanded at least once, and also had the Sandy Creek school building attached to it when that school was closed in 1921. 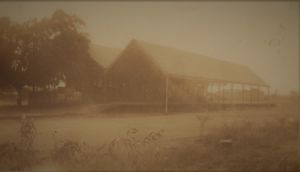 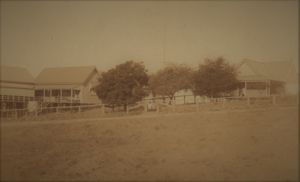 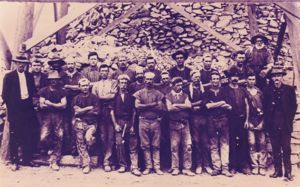 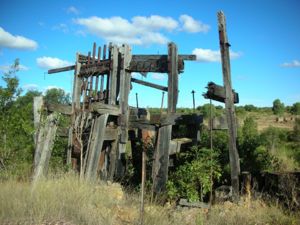 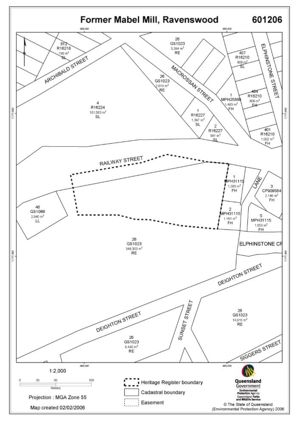 Margaret (Gale) Haining
David, my step-mothers's ancestors came from England to Ravenswood, 1870s and 80s, name of Wilshere, not on WikiTree yet.

Gosh, I've just seen you have some already, are you related? https://www.wikitree.com/wiki/Wilshere-41 is my step-mother's father.

David Urquhart
Hi Margaret, I am related by marriage connections. I have sent you an email, as there is a little too much info to put in the comments section.
posted Oct 13, 2020 by David Urquhart