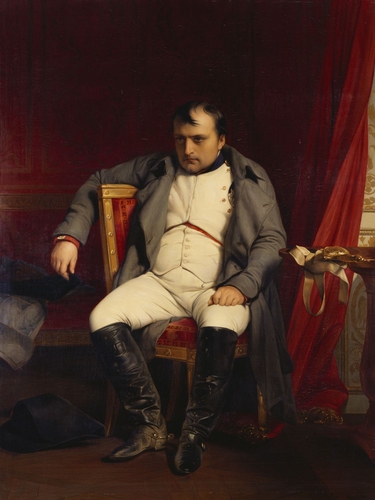 Summer Seely
In 1845 the German merchant Adolph Heinrich Scheletter commissioned Delaroche to paint Napoleon at Fontainebleau (Leipzig Museum). Based on a description in Baron Norvin's Histoire de Napoleon of 1828, it depicts the Emperor on 31st March, 1814, the day Paris capitulated to the invading allied armies. His mud-spattered boots and overcoat bring to mind recent events and symbolise his soiled prestige.

Provenance: Acquired by Queen Victoria in 1848 as a present for Prince Albert; first recorded at Osborne House, 1873