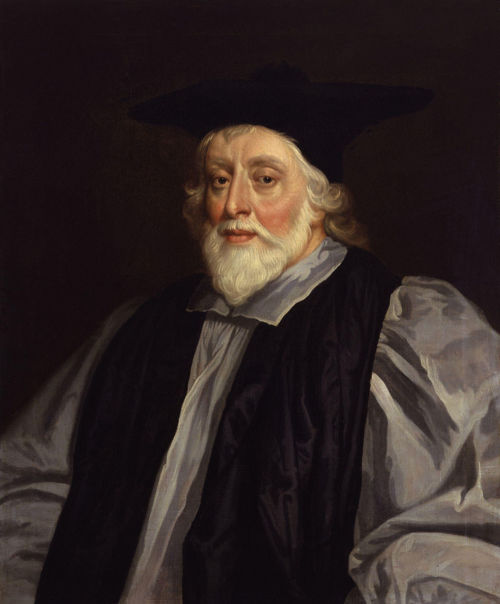 Sue (Mager) Hensman
HENCHMAN, HUMPHREY, D.D. (15921675), bishop of Salisbury and subsequently of London, the third son of Thomas Henchman, skinner, of the city of London, by his wife Anne Griffiths, daughter of Robert Griffiths of Carnarvon, was born at Barton Seagrove, Northamptonshire, in the house of Owen Owens, the rector of the parish, whose wife was his mother's sister. He was baptised there 22 Dec. 1592. His family was of long standing in the county of Northampton. He matriculated at Christ's College, Cambridge, 18 Dec. 1609 (B.A. 161213, M.A. 1616, B.D. 1623, and D.D. 1628). About 1616 he became one of the first two fellows on the Freeman foundation at Clare Hall, his grandmother being a near kinswoman of the founder. He resigned his fellowship in March 16223 on his appointment to the precentorship, together with a prebendal stall, in Salisbury Cathedral. He married the niece of John Davenant, bishop of Salisbury [q. v.] He was also rector of Rushton, Northamptonshire, from 4 May 1624; of Westbury, Wiltshire, on his own presentation in right of his precentorship (1631); and of the Isle of Portland till 1643. As canon residentiary of Salisbury he was distinguished for his hospitality, for the regularity of his attendance at the cathedral services, and for the care he took to secure reverence in the church and a more dignified ceremonial at the altar. He told Walton that he had taken part in George Herbert's ordination by Bishop Davenant, and within less than three years lent his shoulder to carry his dear friend to the grave (Hist. MSS. Comm. 4th Rep. p. 130). The great rebellion deprived Henchman, a staunch royalist, of all his preferments. His rectory house and library at Portland were destroyed, and he had to pay 200l. for composition with the parliamentarians (WALKER, Sufferings, ii. 264). He resided in a private capacity in the Close at Salisbury, whence he kept up a secret correspondence with the royalist leaders. He was mainly instrumental in arranging for the escape of Charles II from England after the battle of Worcester in 1651. On 13 Oct. Henchman very early in the morning conducted the king from Hele House, near Salisbury, to Clarendon Park Corner (Lord Clarendon's statement that Henchman met Charles at Stonehenge is erroneous), whence he reached Brighton and crossed safely to France (Boscobel Tracts, pp. 80, 175, 277, 278; CLARENDON, Rebellion, bk. iii. p. 331).

Sue (Mager) Hensman
Wikepedia
posted Sep 01, 2016 by Sue (Mager) Hensman
You do not need to choose from the automatic place name suggestions. We aim to enter location names that people used in their own time and language. See Language Selection and Location Fields for more info.