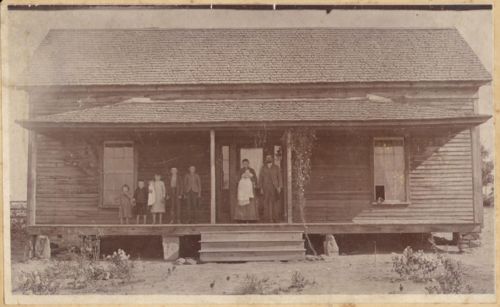 Lynne (Ballew) Williamson
This is Dr.James William Smith, his wife Mattie Olivia Sheats Smith and family on the porch of their home in Walton County, Monroe GA, 1895. Mollie Irene Smith, his daughter and my grandmother, is the little girl holding the doll. All the boys became doctors like their father. Of the 4 boys and 3 girls all lived to old age except Thomas Kendrick Smith who died in college at Augusta, GA. The youngest Half sister had not been born yet at the time of this picture.

posted Jul 04, 2013 by Lynne (Ballew) Williamson
You do not need to choose from the automatic place name suggestions. We aim to enter location names that people used in their own time and language. See Language Selection and Location Fields for more info.