The only legitimate son of Karl Peter Urich and Catherine the Great, Catherine was sleeping with other men around conception due to the mental and physical state of Karl. However, Paul is said to have born no resemblance to the man thought to be her lover at the time (Sergei Saltykov). It's also true that Empress Elizabeth urged Catherine to get pregnant, "by anyone," and to this day ... nobody knows who took Catherine's virginity.[1] Paul was overshadowed and estranged from his mother throughout much of her reign. It didn't help that he found Alexei Orlov's letter about his father's death, and supposedly another "document that removed him from the line of succession, which he burned immediately."[1]

Assassinated by conspirators, Paul's reign lasted five years. His most important achievement was the adoption of the laws of succession to the Russian throne that lasted until the end of Romanov dynasty and Russian Empire.[2] But he is probably better remembered for exhuming his father's body, crowning the coffin, and having it buried beside Catherine ... even though the two hated each other.[1] 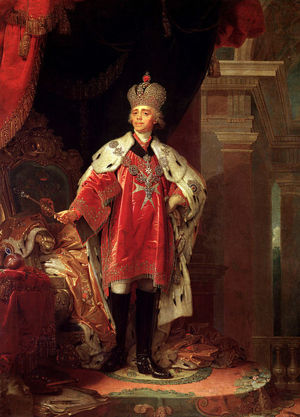 Coat of Arms under Emperor Paul I 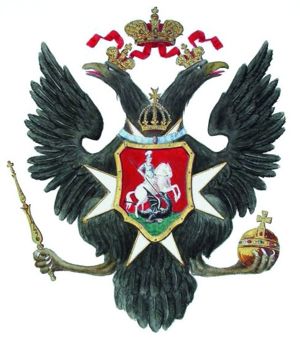 Leave a message for others who see this profile.
There are no comments yet.
Login to post a comment.
Евгений Чернов
Для Павла Петровича нужно добавить детей: