Tōjō Hideki was born in Tokyo on 30 December 1884. He was the son of Tōjō Hidenori and Tokunaga Chitose. The Tōjō family were samurai who were retainers of the daimyo.

In 1899, Hideki attended the Army Cadet School for training as a military officer. He was commissioned as a second lieutenant of the Imperial Japanese Army upon graduation from the Japanese Military Academy in March 1905.

Hideki married Itō Katsuko in 1909 and had seven children, three sons and four daughters, with her. His sons were Hidetaka, Teruo and Toshio, while his daughters were named Mitsue, Makie, Sachie and Kimie.

In 1934, Hideki became major general and served within the Army Ministry. He served as Inspector-General of Army Aviation from 1938 to 1940.

After Japan surrendered in 1945, Hideki was listed as a suspected war criminal. While he was facing arrest by the occupying military, he tried to commit suicide by shooting himself in the chest, but survived. After his arrest, he underwent surgery, recovered from his suicide attempt, and was moved to Sugamo Prison.

Hideki was tried and convicted for war crimes by the International Military Tribunal. In the end, he accepted full responsibility for his actions during World War II. He was sentenced to death on 12 November 1948.

41 days after his sentence, Hideki was executed by hanging on 23 December at the age of 63. Before he was hanged, he apologized for the atrocities committed by the Japanese people on their neighbours. His ashes are divided between Yasukuni Shrine in Tokyo and Zoshigaya Cemetery in the same city. He is enshrined in Yasukuni Shrine along with several war criminals affiliated with Japan during World War II.

Is 英機 your ancestor? Please don't go away!

ask our community of genealogists a question.
Sponsored Search by Ancestry.com
DNA
No known carriers of 英機's DNA have taken a DNA test. 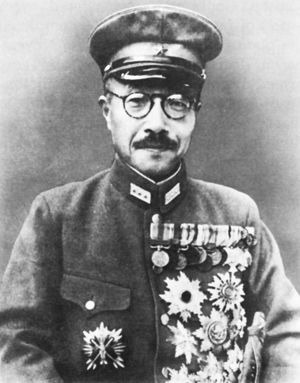 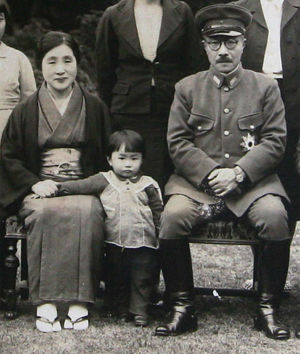