This is a Chinese name; the family name is Mao.[1]

Note: The WikiTree database displays all surnames in last rather than first. The reader must mentally re-arrange Chinese names back into the proper order.

Mao Tse Tung was the son of Mao Yichang and Wen Qumei. He served as Chairman of the People's Republic of China from 1949 to 1959, and led the Chinese Communist Party from 1935 until his death in 1976.

1st Chairman of the National Committee of the CPPCC

Mao Zedong (Listeni/ˈmaʊ zəˈdʊŋ, dzə-/), also transliterated as Mao Tse-tung and commonly referred to as Chairman Mao (December 26, 1893 – September 9, 1976), was a Chinese Communist revolutionary and the founding father of the People's Republic of China, which he governed as Chairman of the Communist Party of China from its establishment in 1949 until his death in 1976. His Marxist-Leninist theories, military strategies and political policies are collectively known as Marxism-Leninism-Maoism or Mao Zedong Thought.

Born the son of a wealthy farmer in Shaoshan, Hunan, Mao adopted a Chinese nationalist and anti-imperialist outlook in early life, particularly influenced by the events of the Xinhai Revolution of 1911 and May Fourth Movement of 1919. Mao converted to Marxism-Leninism while working at Peking University and became a founding member of the Communist Party of China (CPC), leading the Autumn Harvest Uprising in 1927. During the Chinese Civil War between the Kuomintang (KMT) and the CPC, Mao helped to found the Red Army, led the Jiangxi Soviet's radical land policies and ultimately became head of the CPC during the Long March. Although the CPC temporarily allied with the KMT under the United Front during the Second Sino-Japanese War (1937–45), after Japan's defeat China's civil war resumed and in 1949 Mao's forces defeated the Nationalists who withdrew to Taiwan.[1]

On October 1, 1949, Mao proclaimed the foundation of the People's Republic of China (PRC), a single-party state controlled by the CPC. In the following years Mao solidified his control through land reform campaigns against landlords, and perceived enemies of the state he termed as "counter-revolutionaries". [1]

In 1957 he launched a campaign known as the Great Leap Forward that aimed to rapidly transform China's economy from an agrarian economy to an industrial one, which led to widespread famine. [1]

In 1966, he initiated the Great Proletarian Cultural Revolution, a program to remove "counter-revolutionary" elements of Chinese society that lasted 10 years and which was marked by violent class struggle, widespread destruction of cultural artifacts and unprecedented elevation of Mao's personality cult .[1] [1]

In 1972, Mao welcomed US president Richard Nixon in Beijing, signalling a policy of opening China, which was furthered under Deng Xiaoping's rule in China.[1]

A controversial figure, Mao is regarded as one of the most important individuals in modern world history.[2] Supporters credit him with driving imperialism out of China,[3] modernising China and building it into a world power, promoting the status of women, improving education and health care, and increasing life expectancy as China's population grew from around 550 to over 900 million during the period of his leadership.[4][5] He is also known as a theorist, military strategist, poet, and visionary.[6] In contrast, critics consider him a dictator who severely damaged traditional Chinese culture, perpetrated systematic human rights abuses, and who is responsible for an estimated 40 to 70 million deaths through starvation, forced labour, and executions, ranking his tenure as the top incidence of democide in human history.[7][8][9][1]

Mao Zedong had four wives who gave birth to a total of 10 children. These were:

He had several siblings:

Note that the character zé (泽) appears in all of the siblings' given names. This is a common Chinese naming convention.

From the next generation, Zemin's son, Mao Yuanxin, was raised by Mao Zedong's family. He became Mao Zedong's liaison with the Politburo in 1975. In Li Zhisui's The Private Life of Chairman Mao, Mao Yuanxin played a role in the final power-struggles.[254][1]

Mao Zedong had a total of ten children,[255] including:

Mao's first and second daughters were left to local villagers because it was too dangerous to raise them while fighting the Kuomintang and later the Japanese. Their youngest daughter (born in early 1938 in Moscow after Mao separated) and one other child (born 1933) died in infancy. Two English researchers who retraced the entire Long March route in 2002–2003[256] located a woman whom they believe might well be one of the missing children abandoned by Mao to peasants in 1935. Ed Jocelyn and Andrew McEwen hope a member of the Mao family will respond to requests for a DNA test.[257][1]

Through his ten children, Mao became grandfather to twelve grandchildren, many of whom he never knew. He has many great-grandchildren alive today. One of his granddaughters is business woman Kong Dongmei, one of the richest people in China and mother to three of Mao's great-grandchildren.[258]

His grandson Mao Xinyu, father of two, is a general in the Chinese army.[1]

Sponsored Search by Ancestry.com
DNA
No known carriers of 澤東's DNA have taken a DNA test. 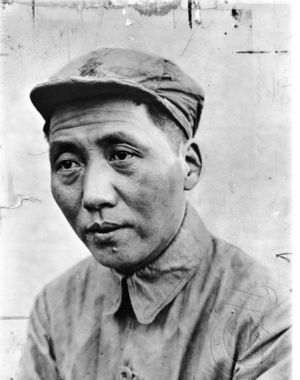 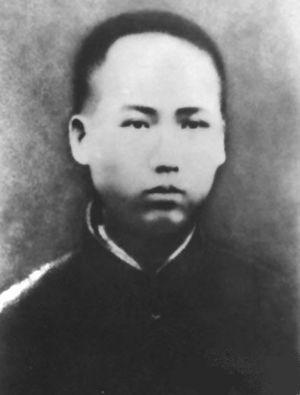 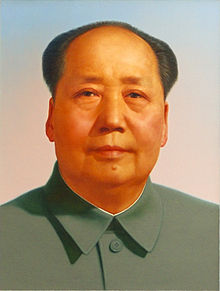 Jack Day
Mao-4 and ?-1 appear to represent the same person because: Same person.  ? is the Chinese Character for Mao and thus is the proper LNAB.
posted Jun 09, 2016 by Jack Day

Jack Day
The profile managers of Mao-4 and Mao-18 are in conversation with each other. First we will make the data fields in the two profiles compatible with each other. Then we can merge them. We ask that nobody else intervene at this point because we want to do this carefully. Once we have the two profiles prepared for merge, we will ask for the PPP to be removed and we will do the merge.
posted May 18, 2016 by Jack Day

Jack Day
The profile managers of Mao-4 and Mao-18 are in conversation with each other. First we will make the data fields in the two profiles compatible with each other. Then we can merge them. We ask that nobody else intervene at this point because we want to do this carefully. Once we have the two profiles prepared for merge, we will ask for the PPP to be removed and we will do the merge.
posted May 18, 2016 by Jack Day

Jack Day
Ben, Mao-13 is the sister of Mao-4/Mao-18! However, yes, it will require a Leader to unblock the project protection so that a merge can take place with Mao-4, since Mao-4 has the lower number.
posted Nov 12, 2015 by Jack Day

澤東 is 37 degrees from Donald Howard, 33 degrees from Julia Howe and 35 degrees from Henry VIII of England on our single family tree. Login to find your connection.