Akira Kurosawa was born in Tokyo on 23 March 1910, the son of Isamu Kurosawa and Shima. Having entered the film industry in 1936, he would become one of the most influential film producers and screenwriters of all time. Before that, he worked as a painter.

During World War II, Akira debuted as a director with the 1943 film Sanshiro Sugata, also known as Judo Saga. In 1945, he married Kiyo Katō (stage name Yōko Yaguchi) and had two children.

Starting with Drunken Angel, Akira cast Toshiro Mifune in several of his films. Even so, it was Shoji Shimazaki (credited as Takashi Shimura) who starred in more of Akira's films than Toshiro. Akira's best known films include Rashomon, Ikiru, Seven Samurai, Yojimbo, Kagemusha, and Ran. Within 57 years, Akira directed 30 films in total.

Although Akira did write the other two screenplays before his death in Tokyo on 6 September 1998, they were not adapted and directed immediately. However, his grandson eventually made supporting roles in two of the films adapted from screenplays by other directors.

Is 明 your ancestor? Please don't go away!

ask our community of genealogists a question.
Sponsored Search by Ancestry.com
DNA
No known carriers of 明's DNA have taken a DNA test. 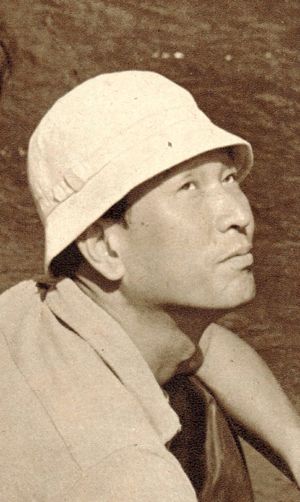