Robert Abbot was born in England.

By his first wife Abbot had sons and a daughter, Martha, who was married to Sir Nathaniel Brent. Their daughter, Margaret Brent, was married to Edward Corbet, rector of Great Haseley.
His second wife, widow Bridget Cheynell, was mother of Francis Cheynell. His second marriage displeased his brother, George Abbot, Archbishop of Canterbury, regarding it as contrary to the injunction that a bishop should only have but one wife.[2]
Taken from Dictionary of National Biography, 1885-1900,Volume 01: Robert Abbot ... was born at Guildford in Surrey, about 1560, and educated at the free school there. The talent he evinced in a school ‘oration’ on the anniversary of Queen Elizabeth's accession (17 Nov. 1571) appears to have led to his election to a scholarship at Balliol College, Oxford, where he shortly after entered (Life by Featley, in Fuller's Abel Redivivus, ed. 1651, p. 540). He was elected fellow in 1581, proceeded M.A. in the following year, and in 1597 was admitted D.D.

Having entered holy orders and been appointed lecturer both at St. Martin's Church in Oxford and at Abingdon in Berkshire, he soon began to attract attention by his abilities as a preacher, and a sermon delivered at Worcester resulted in his appointment as lecturer in that important centre, and subsequently to the rectory of All Saints in the same city. About the same time a sermon which he preached at Paul's Cross procured for him the valuable living of Bingham in Nottinghamshire, to which he was presented by John Stanhope, Esq. His oratory, as contrasted with that of his brother, the Archbishop, is thus characterised by Fuller: ‘George was the more plausible preacher, Robert the greater scholar; George the abler statesman, Robert the deeper divine; gravity did frown in George, and smile in Robert’ (Worthies, Surrey, p. 82). 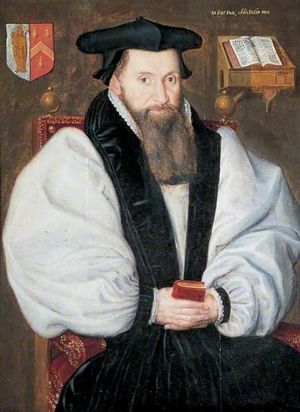 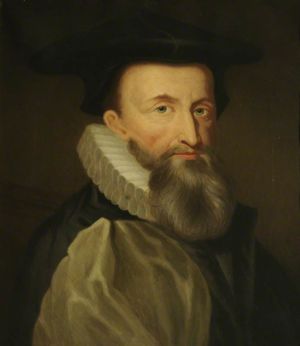