He is listed on the draft cards in WWII.[8]

He was an only child and was named after his uncle Ansel Easton. His mother's family came from Baltimore and his maternal grandfather had a successful freight-hauling business, but squandered his wealth in failed mining and real estate ventures in Nevada.[2] The Adams family came from New England, having migrated from the north of Ireland in the early 18th century. His paternal grandfather founded and built a prosperous lumber business, which his father later ran, though his father's natural talents lay more with sciences than with business.

After the death of Ansel's grandfather and the aftermath of the Panic of 1907, his father's business suffered great financial losses. Some of the induced near-poverty was because Ansel’s Uncle Ansel Easton and Cedric Wright’s father, George Wright, had secretly sold their shares of the company to the Hawaiian Sugar Trust for a large amount of money, “knowingly providing the controlling interest.” [11] By 1912, the family's standard of living had dropped sharply.[12] After young Ansel was dismissed from several private schools for his restlessness and inattentiveness, his father decided to pull him out of school in 1915, at the age of 12. Adams was then educated by private tutors, his Aunt Mary, and by his father. His Aunt Mary was a follower of Robert G. Ingersoll, a 19th-century agnostic, abolitionist and women's suffrage advocate. As a result of his aunt's influence, Ingersoll's teachings were important to Ansel's upbringing.His father raised him to follow the ideas of Ralph Waldo Emerson: to live a modest, moral life guided by a social responsibility to man and to nature.

At age 17, Adams joined the Sierra Club, a group dedicated to protecting the wild places of the earth, and was hired as the summer caretaker of the Sierra Club visitor center in Yosemite Valley, the LeConte Memorial Lodge from 1920 to 1924.[23] He remained a member throughout his lifetime and served as a director, as did his wife. He was first elected to the Sierra Club's board of directors in 1934, and served on the board for 37 years, until 1971.

In the 1930s, Adams began to deploy his photographs in the cause of wilderness preservation. In 1933 Adams opened his own art and photography gallery in San Francisco. Adams also began to publish essays in photography magazines and wrote his first instructional book Making a Photograph in 1935.

In September 1983, Adams was confined to his bed for four weeks after leg surgery to remove a tumor. Adams died on April 22, 1984, in the ICU at the Community Hospital of the Monterey Peninsula in Monterey, California, at the age of 82 from cardiovascular disease. He was survived by his wife, two children, Michael and Anne, and five grandchildren.

Is Ansel your ancestor? Please don't go away!

ask our community of genealogists a question.
Sponsored Search by Ancestry.com
DNA
No known carriers of Ansel's DNA have taken a DNA test. 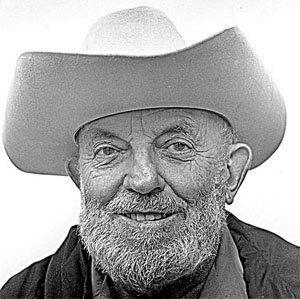