John Adams II was born on the Fourth of July in 1803 in Quincy, Massachusetts, the second son of John Quincy Adams and Louisa Johnson. He went to college at Harvard, but was expelled during his senior year for participating in a student riot.

He then studied law under his father, and became his father's private secretary in the White House. John was very loyal to his father, and even got into a fistfight in the Capitol Rotunda with Russell Jarvis, an anti-administration reporter for the Washington Daily Telegraph. An investigating committee of the House of Representatives determined that Jarvis had attacked the younger Adams and censured Jarvis.

After his father left the White House, John ran a Washington flour mill owned by his father. After a short time, his health failed, and he became ill. He died in 1834. His death, just five years after his older brother's suspected suicide, caused his father great emotional pain. His father wrote of him, "A more honest soul, or more tender heart never breathed on the face of the earth."

John Adams II, his older brother George and his younger brother Charles were all rivals for the same woman, their cousin Mary Catherine Hellen, who lived with the John Quincy Adams family after the death of her parents. In 1828 John married Mary Hellen at a ceremony in the White House, and both his brothers refused to attend. John Adams II and Mary Hellen were the parents of two daughters, Mary Louisa (02 December 1828 - 16 July 1859) and Georgiana Frances (10 September 1830 - 20 November 1839). 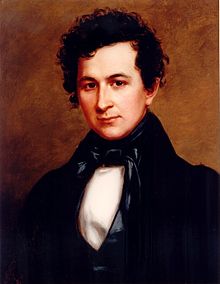