Douglas Noel Adams was born to Christopher Adams and Janet (Donovan) Adams in the Mill Road Maternity Hospital, Cambridge, Cambridgeshire, England on 11 March 1952.[1] His family moved first to the East End of London, and then when his parents divorced, to Brentwood in Essex, England, where Douglas was educated.

He began writing while still at school, being published in the school magazine and in The Eagle boys' comic (when he was only 13). He "went up" to St John's College, Cambridge in 1971 and graduated in 1974 with a 2:2 in English Literature.

While he was at university, he wrote and performed in Footlights, a comedy club which has generated many comic (and otherwise) talents. Footlights Revue was performed in London's West End - and this led to Adams being discovered by Graham Chapman of Monty Python fame. Adams and Chapman co-wrote Episode 45: Patient Abuse and the 'Marilyn Monroe' sketch. Adams was one of only two non-Pythons to get a writing credit. Adams also appeared in Episode 42 and Episode 44.

There followed a series of temporary jobs during which Adams wrote sketches, though not many were accepted. He wrote several sketches for radio (one with Graham Chapman), but it was not until 1978 that he wrote the first series of the well-known The Hitchhiker's Guide to the Galaxy, a science fiction comedy series.

Adams then became a BBC producer, but left to become the script editor for Doctor Who. In 1985 Douglas Adams travelled to Madagascar with zoologist Mark Carwardine and wrote two novels with a new cast: Dirk Gently's Holistic Detective Agency. Adams described this new venture as "a kind of ghost-horror-detective-time-travel-romantic-comedy-epic, mainly concerned with mud, music and quantum mechanics".

Adams journeyed to Los Angeles, California, and he and Hollywood producers on a project to turn the Hitchhiker's Guide into a film, which was rewritten after his death and released in 2005. The BBCTV mini-series ran for six episodes.

He died of a heart attack in 2001 in Montecito, California, USA, aged only 49. His funeral was held in Santa Barbara, but his ashes were moved to Highgate Cemetery, London, England in June 2002. His memorial service on 17 September 2001 at St Martin-in-the-Fields, London, was broadcast live on the web by the BBC.

Two weeks after his death, fans created "Towel Day" on 25 May. A towel, Adams wrote, is the most useful thing a space traveller can have.

For details of his life as an 'Apple Master', environmental activist, radical atheist, and left-handed guitar player, please see Wikipedia.

Is Douglas your relative? Please don't go away!

ask our community of genealogists a question.
Sponsored Search by Ancestry.com
DNA
No known carriers of Douglas's ancestors' DNA have taken a DNA test. 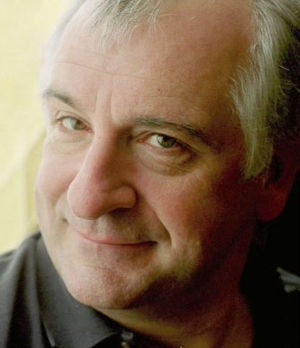 Abby (Brown) Glann
Hi there profile managers! We plan on featuring Douglas as the Example Profile of the Week in the Connection finder on March 11th. Between now and then is a good time to take a look at the sources and biography to see if there are updates and improvements that need made, especially those that will bring it up to WikiTree Style Guide standards. I will check on the profile closer to the week we'll feature it and make changes as necessary.

Douglas is 29 degrees from Claire Nava, 36 degrees from Levi Strauss and 25 degrees from Henry VIII of England on our single family tree. Login to find your connection.