Laura Jane Adams was born in 1860 in Cedarville, Illinois. She was the youngest daughter of John Addams and Sarah Weber. [1] Her father was a prominent Illinois statesman and friend of Abraham Lincoln.

As a young child Jane contracted tuberculosis of the spine. She underwent several experimental treatments in her twenties. She suffered from back pain most of her life. [2]

Although she wanted to attend an eastern school, Jane's father insisted she attend the Rockford Female Seminary (Now Rockford University) where he was a trustee. While there she was accepted into the prestigious Phi Beta Kappa Academic Society. She was well regarded by her classmates who elected her class president and chose her to present the valedictory address in 1881.[3]

Jane had hoped to study medicine but her ill health required her to end her studies. At the suggestion of her doctors, she took an extended trip to Europe. While in England, she and her friend, Ellen Gates Starr, visited Toynbee Hall, a settlement house for the poor in London. This is when she began to dream of starting her own settlement in Chicago.

In 1889 Jane and Ellen rented a large home built by Charles Hull at the corner of Halsted and Polk Streets. They went on fundraising tours and were able to convince several wealthy women to fund their project. Hull House, as it was known, gained a reputation for its innovative programs, which included child care, night school for adults, library, theatre, art gallery, public kitchen, as well as apartments.

Jane's work with the poor led her to champion for social change. She successfully campaigned to change child labor laws in Illinois, enact the first eight-hour work day for women, and establish the first juvenile court.

Jane was one of the early members of the National Association for the Advancement of Colored People (NAACP).

She was a founding member of the American Civil Liberties Union in 1920. [4]

Jane Addams was vice-president of the National American Women's Suffrage Association from 1911-1914. She was so outspoken that then-FBI Director J. Edgar Hoover proclaimed Addams to be “the most dangerous woman in America." [5]

When World War I broke out, Adams became chair of the Women's Peace Party. Her opposition to the war was unpopular with many and she was expelled by the Daughters of the American Revolution. President Hoover, however, was a fan and appointed her to tour on behalf of the Department of Food Administration to encourage food production and conservation. She often deviated from the script and used this opportunity to talk about the hunger of women and children around the world.[6]

In 1931 Jane Adams was awarded the Nobel Peace Prize. She was the first American woman to receive this honor. Her health prevented her from traveling to Oslo to receive it.

Jane Addams died in 1935. [7] Her funeral was held in the courtyard of Hull House. She is buried at Cedarville Cemetery, Cedarville, Stephenson County, Illinois, USA. 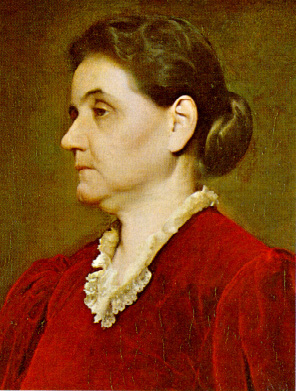 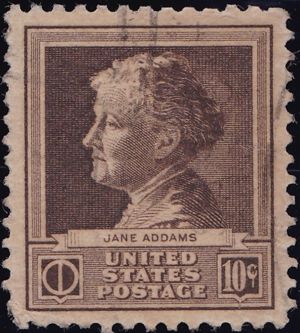 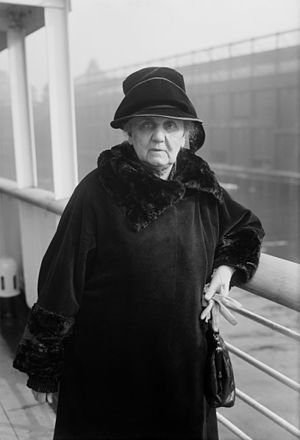 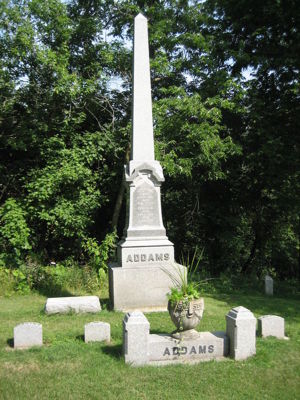 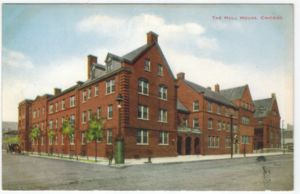