Peter Aepli was born in 1860. Peter Aepli ... He passed away in 1922. Peter was the son of Dietegen Aebli and Margareth Walser from Switzerland.
Biography of Peter Aepli from Tempe Historical Museum
Peter Aepli
6 Oct 1860 - 15 Jul 1922
Died Mesa, AZ
Machinist; farmer; rancher.
Came to the United States from Switzerland as a child, c1869; became a naturalized citizen. He lived in Dubuque, Iowa, where he studied as an apprentice machinist. He moved to Arizona in 1897 and settled in Phoenix. He ran a fruit stand in Phoenix, 1897-1901. In 1901 he moved to the Kyrene District and became a rancher. He later moved to a ranch one mile south of Tempe,R D 1, P O Box 83, where he resided until his death from cancer. With his wife, Peter owned two farms -- one nine miles south of Tempe and one south of Broadway Road. He raised alfalfa and grain, c1900-1921. Peter was a member of the Kyrene School Dist. Governing Board, 1902-1908. He was a member of the Knights of Pythias lodge. The Knights of Pythias burial service was conducted by Rev. E. D. Raley at the Aepli home.

ask our community of genealogists a question.
Sponsored Search by Ancestry.com
DNA Connections
It may be possible to confirm family relationships with Peter by comparing test results with other carriers of his Y-chromosome or his mother's mitochondrial DNA. However, there are no known yDNA or mtDNA test-takers in his direct paternal or maternal line. It is likely that these autosomal DNA test-takers will share DNA with Peter: 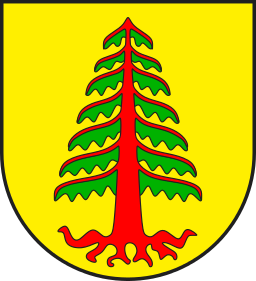 Peter is 27 degrees from Ludwig Kraayenbrink, 18 degrees from Henry VIII of England and 32 degrees from Ferdinand von Zeppelin on our single family tree. Login to find your connection.