Jean Louis Rodolphe Agassiz migrated from Switzerland to US.

He was a Swiss naturalist. Elizabeth was his second wife, the first having died from TB. He was a paleontologist, glaciologist, geologist and one of the founding fathers of the modern scientific tradition. Born in Montier, Switzerland, he was educated in the universities of Switzerland and Germany as a physician, when he immigrated to the United States in 1848, to accepted a professorship at Harvard. In 1859, he founded the Museum of Comparative Zoology. He urged the creation of a National Academy of Sciences, became a founding member in 1863 and was also appointed a regent of the Smithsonian Institution in 1863. He campaigned constantly for the resources of American science and research which made lasting contributions to evolutionary biology and systematics. At the time of his death, he was publicly recognized as America's leading scientist. His wife Elizabeth Agassiz, served as President of Radcliffe College from 1882 to 1899.[1]

Is Jean Louis Rodolphe your ancestor? Please don't go away!

ask our community of genealogists a question.
Sponsored Search by Ancestry.com
DNA
No known carriers of Jean Louis Rodolphe's DNA have taken a DNA test. 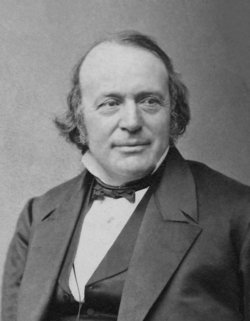 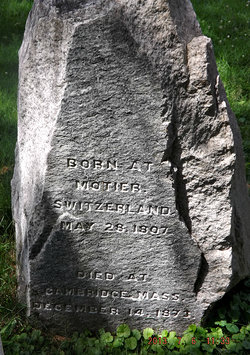 Jean Louis Rodolphe is 19 degrees from Jaki Erdoes, 11 degrees from Wallis Windsor and 15 degrees from Henry VIII of England on our single family tree. Login to find your connection.