The son of Presbyterian minister William Cuthbert Aitken and Jane Noble[1], he was one of ten children. In 1880, the Aitkens moved from Ontario to New Brunswick, where Aitken's gift for money-making led him to pursue various ventures from journalism to selling insurance to clerking in a law office. In 1900 he began selling bonds and in eight years' time was a millionaire. After moving to London, England, in 1910, he expanded his business interests and entered politics with the help of Andrew Bonar Law. He won a seat as a Conservative in 1910 and was knighted the following year. He served as a Member of Parliament from 3 Dec 1910 to 23 Dec 1916[2].

During World War One, he was a Colonel in the Canadian Expeditionary Force and ran the Canadian Records office in London[3]. He played a role in David Lloyd George's accession as prime minister and Bonar Law as Chancellor of the Exchequer. He was rewarded with a peerage in 1917 and, briefly, a Cabinet post as Minister of Information. Post-war, the now Lord Beaverbrook wrote several books and established a newspaper chain. He built the Daily Express into the world's most successful mass circulation newspaper. Beaverbrook supported appeasement throughout the 1930's but was persuaded by another long-standing political friend, Winston Churchill, to serve as Minister of Aircraft Production in 1940. After numerious clashes with other Cabinet members he resigned in 1941 but later in the war was appointed Lord Privy Seal. He left politics in 1945.

Beaverbrook spent his later life running his newspapers, which by then included the London Evening Standard and the Sunday Express. He served as Chancellor of the University of New Brunswick and continued to write books on political and military history.

ask our community of genealogists a question.
Sponsored Search by Ancestry.com
DNA
No known carriers of Max's DNA have taken a DNA test. 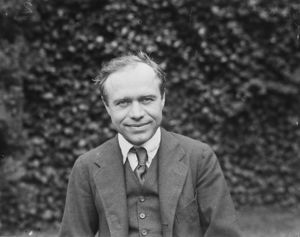 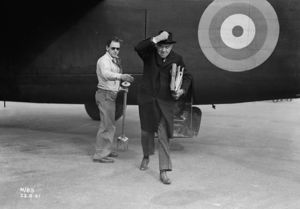 Max is 23 degrees from Mary McCauley, 26 degrees from B. W. J. Molier and 17 degrees from Henry VIII of England on our single family tree. Login to find your connection.