Lucas Ignacio Alamán y Escalada (Guanajuato, New Spain, October 18, 1792 – Mexico City, Mexico, June 2, 1853) was a Mexican scientist, conservative politician, historian, and writer. He has been called the "arch-reactionary of the epoch...who sought to create a strong central government based on a close alliance of the army, the Church and the landed classes." Alamán was "undoubtedly the major political and intellectual figure of independent Mexico until his death in 1853...the guiding force of several administrations and an active promoter of economic development."

Alamán's father immigrated from Navarre and accumulated a fortune in mining. His mother held the title of the fifth marchioness of San Clemente. Alamán's father was his mother's second husband after her first husband, Brigadier Gabriel de Arechederreta, died. Alamán had an older half-brother, Juan Bautista Arechederreta. A formative event in Alamán's life, which he wrote about in his autobiography, was his witnessing the sack of Guanajuato during the revolt by Miguel Hidalgo in 1810 where an Indian and mixed-race mob captured the city granary (alhondiga) and killed those taking refuge inside. This experience may have influenced his lifelong devotion to conservative politics and his nostalgia for monarchic rule for Mexico. He studied at the Real Colegio de Minas de la Nueva España, in the Viceroyalty of New Spain (colonial México). He frequently traveled on his credentials as a scientist and diplomat, becoming one of the most educated men in Mexico.

In 1821 Alamán was a deputy to the Cádiz Cortes in Cádiz (Spain), the Spanish national parliament, for the Province of Nueva Galicia (included present-day Jalisco, Nayarit, Sonora, Sinaloa) in Viceroyalty of New Spain. Independent Mexico 1820s

After Mexico won its independence from Spain in 1821, Alamán returned to Mexico and became one of the most influential politicians in the nascent country. He was a co-founder and lifelong member of the Mexican Conservative Party, and he consistently defended the centralist organization of Mexico. Under the junta that governed Mexico after the fall of Iturbide, Alamán served from 1823 to 1825 in the powerful post of Minister of Interior and Exterior Relations (Ministro de Relaciones Interiores e Exteriores, combining the duties of a foreign minister, interior minister and minister of justice). In his cabinet role, Alamán successfully attracted British capital to Mexico.

He was part of the group of conservatives who ousted mixed-race insurgent general Vicente Guerrero, who himself came to power by coup in 1829. Alamán was a member of the junta that briefly governed Mexico in 1829 after the Plan de Jalapa with the aim of installing conservative Anastasio Bustamante as president. Alamán was the leading figure of the conservatives as the regime change unfolded. Guerrero was captured by a merchant ship captain Picaluga paid 50,000 pesos for the deed, in January 1831, summarily tried in a court-martial, and executed a month later. Alamán viewed the execution of Guerrero as saving Mexico from "dissolution." Many Mexicans, however, saw Guerrero as a martyr and his execution was deemed by the liberal newspaper El Federalista Mexicano "judicial murder." The two conservative cabinet members considered most culpable for Guerrero's execution, Alamán and Secretary of War José Antonio Facio "spent the rest of their lives defending themselves from the charge that they were responsible for the ultimate betrayal in the history of the first republic, that is, that they had arranged not just for the service of Picaluga's ship but specifically for his capture of Guerrero." Alamán published a tract defending himself.

Alamán returned to the post of Minister of Interior and Exterior Relations in 1830–1832 under the Bustamante government. It was in this capacity that he named Manuel Victoria the Governor of Alta California on March 8, 1830. In October 1830, he created the Banco Nacional de Avío, the first bank in Mexico, which provided the country with the financial infrastructure necessary for its burgeoning economy. Through this government investment bank, Alamán's plans to revive the textile industry, which took hold and prospered in Puebla and Veracruz even when Alamán was not part of the government.

After what he saw as the disaster of Texas independence from Mexico in 1836, Alamán largely retired from politics, though he continued to promote what he saw as the interests of the country by serving as Director de la Junta de Fomento de la Industria (Directorate for the Promotion of Industry) from 1839 until his death in 1853.

During the same period Alamán negotiated a deal with the United States to the north fixing the national borders of the two nations which held right up to the time of the Mexican-American War 1846-48. He also promoted colonizing the northern provinces in order to stave off U.S. expansionism.

For most of the 1840s, he devoted himself primarily to writing the history of Mexico from the perspective of a conservative. His three-volume work Disertaciones sobre la Historia de la Republica mexicana (Mexico, 1844–1849) and his five-volume Historia de México, desde los primeros movimientos que prepararon su independencia en el año de 1808, hasta la época presente (Mexico, 1849–1852), stand as the major intellectual productions of the Conservative Party in nineteenth-century Mexico, and the only histories produced by a Mexican author of his era to view the Spanish presence in his country favorably.

Among his more important actions are the creation of the Natural History Museum in Mexico City and the foundation of Mexico's General National Archive. The latter has been very important for learning about the historical events in Mexico and understanding the political processes of the Mexican Republic. He also founded and ran a mining company, established the first metal foundry in independent Mexico in 1825, administered the estates of the descendants of Hernán Cortés, and served as president of the Mexico City ayuntamiento (city council) in 1849.

Although Alamán was in general anti-American, he was dismayed by the withdrawal of the U.S. Army, which had protected the property against "bandits and rebels."

Santa Anna and Lucas Alamán were in correspondence during Santa Anna's exile following the debacle of the Mexican American War. Alamán helped pave the way for Santa Anna's return to power with conservative support "if he agreed to a program of cessation of political activity against the Church and security for the holders of large propertied interests." Alamán returned to national public service in March 1853, when Santa Anna appointed him Minister of Foreign Relations. Alamán served until his death from pneumonia on June 2, 1853.

When Mexico became independent in 1821, the first choice for a political system for the new country was a monarchy. In fact, the Plan of Iguala, which prompted the separation from Spain, called for Ferdinand VII or any member of his family to come rule over the novel nation. While such efforts did not prosper then and in fact precipitated a failed attempt for a national empire, the monarchist option remained alive for several decades, until a French intervention sponsored the enactment of Habsburg archduke Ferdinand Maximilian as emperor of Mexico. When that attempt was defeated in 1867 it marked the end of monarchism there.

One of the main promoters of such a political system was Lucas Alamán. A member of a miner’s family from Guanajuato, he became an important and influential statesman of independent Mexico. From 1821, when he first participated in the Spanish congress, until his death in 1853, Alamán, like other thinkers who lived through a transitional period, held paradoxical views; while he promoted industrialization and economic development, he maintained more-traditional views on politics and rather ancestral conceptions regarding the treatment of Indian communities. Either as minister of foreign relations, congressman, or advisor to various governments, he defended his ideas, and more than once they aimed for a monarchist option. His career illustrates the quandaries and dilemmas that the officials of Hispanic America and Old Spain as well confronted in modernizing their societies. As he got involved in public office, he also became the administrator of the Duke of Terranova and Monteleone’s state in Mexico; such a position provided him—through the British agents of the Neapolitan-Sicilian nobleman—with a regular source of information on the European scene. Thus, Alamán was one of the most learned public officials of his time. He also wrote historical works that granted him recognition in academic institutions, such as the Philosophical Society of Philadelphia.

Is Lucas your ancestor? Please don't go away!

ask our community of genealogists a question.
Sponsored Search by Ancestry.com
DNA
No known carriers of Lucas's ancestors' DNA have taken a DNA test. 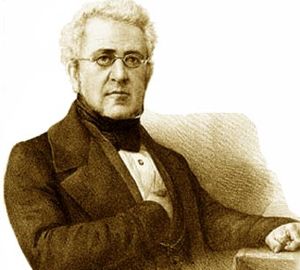