John Alden3 III was the fourth child of John Alden, Jr. and his wife Elizabeth Phillips Everill Alden. He was born March 12, 1663 at Boston, Massachusetts and died there on Feburary 1, 1729/30.[1] He was a grandson of Mayflower Passengers John Alden and his wife Priscilla Alden Mullins.

He married twice, first to Elizabeth Gwinn and second to Susanna Winslow, who outlived him.

John Alden III was a mariner, as was his father. He also used the title 'Captain" and the prefix "Jr." He went on an expedition to Fort Royal to protect the English garrison there. He and his father were on another such expedition when taken by the French in 1691 and held for the exchange of French prisoners held by Massachusetts. He made his will on May 5, 1717.

So far, no source has been entered on this record for a marriage of John Alden to Elizabeth Phelps. She has been removed as wife.

John and Elizabeth (Gwinn) Alden had the following (12) children:[2]

Thanks to Aaron Stump, Sue Fitzpatrick, Charles Seamon, Stanley Wood, and Becky Syphers,Click the Changes tab for the details on contributions. 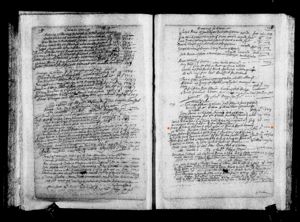 Which John is this for?

S (Hill) Willson
You may make updates to the bio of this profile, making sure you add quality sources along with your updates. Because the profile is locked, relationship changes won't be possible.

Please continue to collaborate with the profile managers as you work on profiles - especially those in the Mayflower-related families. S Willson, Mayflower Project Coordinator