With the approach of the Revolution, both of the Alexander brothers (Hezekiah and John McKnitt) became increasingly involved in the events which would culminate in independence from Great Britain. In 1775 both men were members of the Mecklenburg County Committee of Safety. On August 21, 1775, Hezekiah was appointed by the Provincial Congress meeting in Hillsborough to the Salisbury District Committee of Safety which was to serve as the local governing body for a multi-county area. In November, 1776, Hezekiah joined other state delegates at Halifax to form the Fifth Provincial Congress which was charged with the task of writing the first state constitution. After the Halifax Congress, Hezekiah joined the Fourth Regiment of North Carolina Troops as Paymaster.[1]

Hezekiah was reportedly a Freemason. One can see supposed Freemason symbols carved above the windows and doors of the Hezekiah Alexander House in Charlotte, NC and Freemason news publications allude to the Alexander House doubling as a lodge meeting hall upon its completion in 1774.

Norris W. Preyer. Hezekiah Alexander and the Revolution in the Backcountry. By the author: Charlotte, North Carolina, 1998. (Reports "there is an old cemetery in northeast Charlotte across from the Sugaw Creek Presbyterian Church on Tryon Street....over one of the graves is a weathered headstone which says simply, "Hezekiah Alexander, died July 16, 1801, aged 73 years.""

Is Hezekiah your ancestor? Please don't go away!

ask our community of genealogists a question.
Sponsored Search by Ancestry.com
DNA Connections
It may be possible to confirm family relationships with Hezekiah by comparing test results with other carriers of his Y-chromosome or his mother's mitochondrial DNA. Y-chromosome DNA test-takers in his direct paternal line on WikiTree: It is likely that these autosomal DNA test-takers will share some percentage of DNA with Hezekiah: 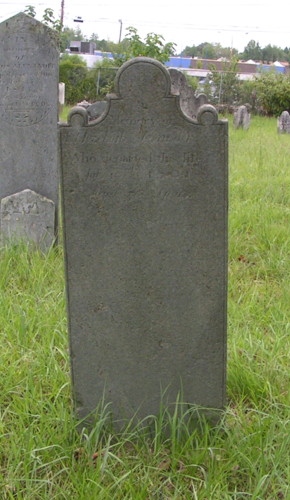 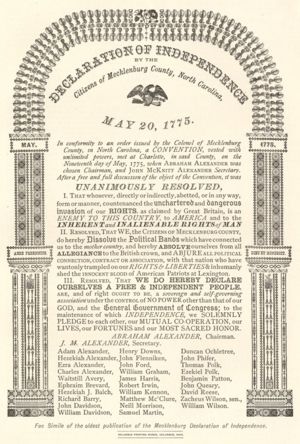