Lynn and Carl had two children, Dorion Sagan and Jeremy Sagan. By the time she got her doctorate in 1965, the marriage had ended.

After a postdoctoral period at Brandeis University in Massachusetts, Dr. Margulis began teaching in the biology department at Boston University. After 22 years in Boston, she joined the faculty of the University of Massachusetts at Amherst in 1988. Her obituary in the Washington Post called her "a rebel within the realm of science, whose determined advocacy of her ideas about how new species arise helped change evolutionary biology."

She remarried to scientist Thomas N. Margulis. They had two children, Zachary Margulis-Ohnuma and Jennifer Margulis di Properzio, and divorced in the early 1980s.

Is Lynn your relative? Please don't go away!

ask our community of genealogists a question.
Sponsored Search by Ancestry.com
DNA
No known carriers of Lynn's DNA have taken a DNA test. 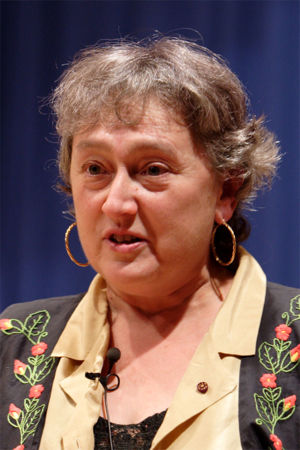 Lynn is 30 degrees from Mary McCauley, 32 degrees from B. W. J. Molier and 25 degrees from Henry VIII of England on our single family tree. Login to find your connection.