Dante Alighieri
Born about 1265 in Florence, Republic of Florence

The exact date of Dante's birth is not documented. However, it's commonly accepted that he was born around the year 1265. This was deduced thanks in part to his most famous work, the Divine Comedy, aka Dante's Inferno. The book began with "Nel mezzo del cammin di nostra vita", which means, "Midway upon the journey of our life". This implied that he was around 35 years old at the time.

Dante was born to Alighiero de Bellincione and his first wife, named Bella (Unknown), and it was suggested by scholars that he was born into some wealth and prestige. Dante claimed that his family descended from the ancient Romans (Inferno, XV, 76), but the earliest relative he could mention by name was Cacciaguida degli Elisei (Paradiso, XV, 135), born no earlier than about 1100.

Not much is known about his education save for his studies at a chapter school in Florence. He ended up being known for many works. Some of which include:

Eventually, he was sent into exile due to his participation in several political incidents within the city as part of the Guelph party. He ended up spending his final days in the city of Ravenna. He passed away there on 13 September 1321. He was about 56 years old. [1]

As it stands, Dante Alighieri was one of the men who kicked off the Renaissance in Italy. His works inspired the likes of Leonardo di Vinci. Florence began to regret his exile and erected many statues in his honor as well as a tomb. The city eventually issued an apology 700 years after his death. 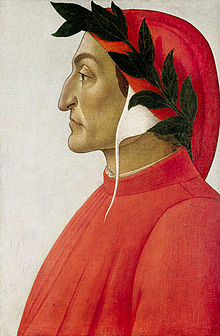 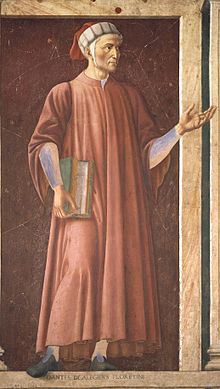 Christopher Laughton
Better known just as Dante, he was a wonderful example of an 'enlightened' human being, whose story needs to be told. I would be delighted to do this with the help of someone who is certified for pre-1500 profiles. Chris Laughton-95
posted Jan 15, 2019 by Christopher Laughton