From the Allen Memorial Hospital website: In 1925, Allen Memorial Hospital and the Allen School of Nursing opened on an 80-acre site in the northern part of Waterloo. A man named Henry B. Allen donated $200,000 for construction of the hospital as a memorial to his wife, Mary. Allen's daughter, Harriet Allen Heath, MD, and her husband, John, later gave $50,000 for completion of the project.

Henry B. Allen wrote of his experiences in "Recollections and Sketches of Early Day Lawyers and Public Men of Iowa," edited by Edward H. Stiles. Allen was one of the first lawyers in Waterloo and Black Hawk County . On his first visit to Waterloo , Allen was dismayed to find no vacancies at the only hotel in town, the Sherman House. However, arrangements were made for Allen to stay the night with nearby residents (the Crittendens) who allowed him and his friend to sleep on the floor. Finding no suitable land available for purchase in the area, Allen returned to Dubuque, taught school for the winter, and acted as a deputy assessor during the spring.

He entered the law office of Judge Pollock in Dubuque, but found the city overstocked with lawyers. During sub-zero weather in January, 1857, Allen made another trip to Waterloo . He started for the area in a four-horse stagecoach on runners with the snow two to three feet deep and the mercury down to 20 below zero. Despite the weather, this time Allen stayed. He formed a partnership with Judge Sylvester Bagg (Bagg & Allen). They remained partners for 10 years, eventually adding O.C. Miller. Later, Allen formed a partnership with Horace Boies (Boies & Allen). This partnership also continued for about 10 years with the addition of C. F. Couch.

A failing First National Bank asked Allen to take over cashiership in 1865. After helping the bank become solvent, Allen took the position of bank president. He withdrew from his law career at this time and remained bank president for twenty-five years. Adding to his many land holdings, Allen became a farmer and stock breeder of Shorthorn cattle and trotting horses. At his 1,100 acre stock farm, Allen kept fifty brood mares and several stallions.

In 1921, Allen Memorial Hospital was built on Donald Street on land donated by Allen. He intended the hospital as a memorial to his wife. He also donated his 80 acre farm for the hospital and to finance the hospital's construction, platted 70 acres around it into residential lots. 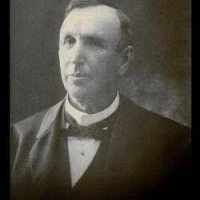 Henry is 23 degrees from Peter Roberts, 15 degrees from Emma Smith and 19 degrees from Henry VIII of England on our single family tree. Login to find your connection.