Adruenna Crosby Allen was born October 13, 1860 in Yarmouth, Yarmouth County, Nova Scotia, She was the daughter of George Allen and Mary Raymand of Yarmouth, Nova Scotia.

On June 8, 1898, she married William Stanley Tupper, the son of John and Olivia Tupper of Bridgewater, Nova Scotia[2], and had a son named Allan.

In 1914, Addie Tupper enlisted as a nursing sister in the Canadian Expeditionary Force. She served on the front, and returned to Canada to raise funds for needed supplies, then returned to the front.

In 1916 she was awarded the Royal Red Cross.

Is Adruenna your ancestor? Please don't go away!

ask our community of genealogists a question.
Sponsored Search by Ancestry.com
DNA
No known carriers of Adruenna's DNA have taken a DNA test. 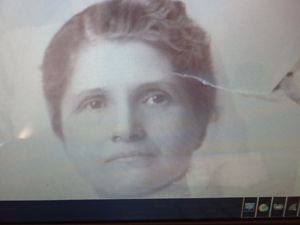 Adruenna is 20 degrees from Peter Roberts, 14 degrees from Emma Smith and 17 degrees from Henry VIII of England on our single family tree. Login to find your connection.