Pvt. James Allen was a Prisoner of War during the United States Civil War.

Private in Company A of the 54th Massachusetts Volunteer Infantry of the Union Army, the first regiment in the United States made up entirely of enlisted men of color. He was about 26 years old, widowed and working as a brakeman when he enlisted on 12 May 1863 in Lafayette, Indiana. He was captured on 18 July 1863 at the Second Battle of Fort Wagner and survived the prisoner of war camps until his death from typhoid fever on 20 December 1864 in the Florence Stockade in Florence, Southern Carolina. His final resting place is in a grave marked Unknown in Florence National Cemetery in Florence, South Carolina. 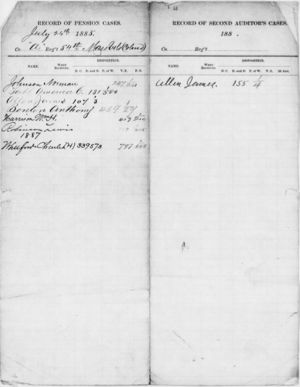 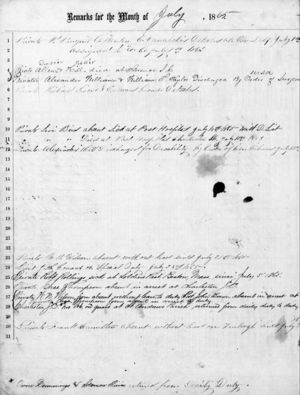 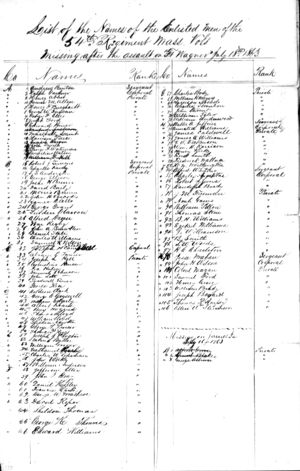 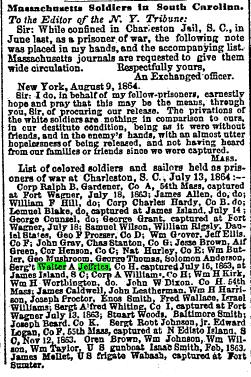