Elisha was a Patriot, a Revolutionary War Veteran, and a Good Samaritan. He became the guardian of Samuel Frost, who had previously been indicted for murder of his own father ten years earlier. At that time Samuel had claimed that but had been acquitted for insanity and place under guardianship.

Elisha pursued farming after the Revolution and "on the “the sixteenth day of July now last past feloniously, willingly, and of his malice before thought, in and upon one Elisha Allen...an assault did make, and with an hoe of the value of three shillings,...in both his hands, had and held, in and upon the back part of the head of him the said Elisha, feloniously and of his malice before thought did strike,...giving to him...one mortal bruise, of the length of three Inches, of the breadth of one Inch, and of the depth of two Inches, of which same mortal bruise, he the said Elisha Allen, then and there,...instantly died...Samuel Frost in manner aforesaid, of his malice before thought, him the said Elisha Allen maliciously, willfully, and feloniously did kill and murder”

Samuel Frost claimed that 10 years earlier that he had beaten his father to death for failing to show his mother affection. He used a similar defense to justify his murder of Captain Elisha Allen. Frost appeared to have projected his feelings for his father onto Allen, claiming that Allen controlled an estate that rightfully belonged to Frost. Frost said, "Considering myself as a slave, I thought I had as well die as live--I therefore determined to kill Mr. Allen." This admission of premeditated murder would appear to rebut any notion that Mr. Frost was insane. It appears that Mr. Frost was angry about what seemed to him unfair punishment for his earlier crime of patricide.

This case seems to be historical evidence of a defense that has become popular in modern times, which could be called the post hoc mitigation defense, in which the perpetrator attempts to paint himself as a victim whose actions were (at least in his mind) therefore justifiable. Our ancestors did not put much stock in this failure to accept individual responsibility, in particular one Reverend Aaron Bancroft, pastor of the Second Church in Worcester, Massachusetts, who delivered a very lengthy sermon about the matter.

"...You, SAMUEL FROST, are now to close your probation. As it respects you, the last sands are dropping from the glass of life, and the solemnities of the invisible world will soon open to your view. You have committed injuries in society, for which you can make no reparation. You have been guilty of a crime, which a distinguished heathen nation esteemed so unnatural, as to render a name for it unnecessary. When your life was given you, you repented not of your evil deed; but hardening yourself in wickedness, cherishing the revengeful passions, and the malicious disposition of your soul, you, with peculiar circumstances of cruelty, committed murder. A crime capital in all civilized governments; a crime, which we are directed by the divine law to punish with death. He that sheddeth man's blood, by man shall his blood be shed. But government is not induced to take away your life by those feelings of resentment and revenge, which induced you to take away the life of man. You are to be taken away from among the living, because you have made yourself vile, and are become unworthy longer to be a member of the community. Your life and liberty are dangerous to the peace of society, dangerous to the lives and liberties of your fellow citizens. You are not on earth, punished as a sinner against God; nor do your sufferings, from the decisions of human judicatures, cancel your offences committed against Heaven. "Be not deceived; God is not mocked." At the tribunal of heaven you must account for every action of your life. Your sins, with all their aggravations, are known to God. He can never be deceived, flattered, or diverted from his just and wise purposes. All his creatures are in his power, and he disposes of them, as to him it seemeth best. By his Son Jesus Christ he has declared, that "murderers shall not enter into the kingdom of heaven, but shall have their part in the lake that burns with fire and brimstone, which is the second death..."

It should be noted that Samuel Frost attended that sermon, AND that the pastor refrained from mentioning the the patricide Frost had committed a decade earlier. New England Historic Genealogical Society; Boston, Massachusetts; Massachusetts Vital Records, 1840???1911

Frost was hanged at Worcester on October 31, 1793, before a crowd of 2,000 spectators, and Elisha Frost was buried at Meetinghouse Cemetery, Princeton, Worcester, MA.

BGAZ 7/22/1793: dtl Worcester, 7/18: Capt. Allen "had left his house in order to set out some cabbage plants at a little distance, and ordered Frost, who had lived with him several years, to go with him. Having proceeded a little way, he recollected he wanted a hoe, sent Frost back to get one, and himself went on, and began his work. Frost returned with the hoe, and, as is supposed, got over the fence behind the Captain, who probably stooping down, struck him on the head with the edge of the hoe, which knocked him down; after which he continued his blows until he had bruised his head to pieces in the most shocking manner." The murdered escaped immed. into the woods, & had not been taken by yesterday morning. Short man, dark complexion, short black hair (28). Striped woolen shirt, dark colored trowsers, light colored jacket. "He will easily be known by constantly shrugging up his shoulders, stretching out his arms, and shaking his head." // BGAZ 7/29: since jailed.

NHG 11/23/1793: HOM in MA: Samuel Frost executed at Worcester, Th last week. Confession: he mentioned the murder of his father, "who he thought had no affection for his mother, and used her ill--'this' says he, --'induced me to beat his brains out.' For this, he was, however acquitted as being insane. The crime for which he suffered, was the murder of Captain Elisha Allen--with whom he lived. Mr. Allen had the care of a small estate belonging to Frost, which Frost wanted to work on, but could not--',' which he soon effected.'" "He thought it no great crime to kill such as he supposed treated him ill--and did not appear to have a just conception of the heinous crime of murder." "He had high notions of honesty, and appeared much offended when his honesty was suspected," & in keeping with his convictions pG to the murder. "he valued himself upon his probity and sincerity." Refused to attend services after his sentence, after the minister "offended" him "because he mentioned the murder of his father. Frost said he did not like to be twitted of that--that was an old matter, and was settled long since. On being asked by the High Sheriff, if he wished to have a sermon preached on the day of his execution--he did not care any thing about it, he said, but would attend to it on condition, that he might not be bro't back to prison, but be carried from the meeting house to the place of execution."

BGAZ 11/11: dtl Worcester, 11/6: "he shewed few or no signs of penitence." Refused to delay the execution: said to the High Sheriff "No!--as he was to go (that was his expression) it had better be soon over. The scaffold dropped, and this uncommon murderer was launched into eternity." 2,000 spectators.

Wall, C. A. (Caleb Arnold). (1877). Reminiscences of Worcester from the earliest period, historical and genealogical: with notices of early settlers and prominent citizens, and descriptions of old landmarks and ancient dwellings ... Worcester, Mass.: Printed by Tyler & Seagrave.

Bancroft, Aaron. The IMPORTANCE of a RELIGIOUS EDUCATION ILLUSTRATED and ENFORCED. A SERMON: DELIVERED AT WORCESTER, OCTOBER 31, 1793, OCCASIONED BY THE EXECUTION OF SAMUEL FROST, ON THAT DAY, FOR THE MURDER OF CAPTAIN ELISHA ALLEN, OF PRINCETON, ON THE 16th DAY OF JULY, 1793.

Is Elisha your ancestor? Please don't go away!

ask our community of genealogists a question.
Sponsored Search by Ancestry.com
DNA
No known carriers of Elisha's DNA have taken a DNA test. 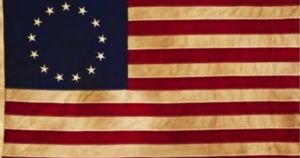 Elisha is 18 degrees from Danielle Liard, 12 degrees from Jack London and 13 degrees from Henry VIII of England on our single family tree. Login to find your connection.