He was born in Picardie around 1600. In around 1625 he got married in Brécy (St-Michel) (Aisne) in Soissonais with Anne Couvent the daughter of Guillaume Couvent and Antoinette de Longueval . We don't know much about the life of Philippe and Anne Couvent in France . We have found an act of sale from Antoine Courand notary . In this act of sale of the Notary Courand 20th january 1626 , we find out that Philippe Amyot bought the house of Antoinette Longueval in Estrée . Must have been a big house . According to the act , the house had 14 rooms and 32 acres of land. (32 arpents de terre )

In the spring of 1635 Philippe Amyot and his wife, their two sons , Mathieu and Jean, boarded a ship in Dieppe destination New France .In the beginning of the summer they arrived in Kébec. It was during the time of M.Champlain. I was not there , but I presume that M.Champlain was on the roads whit his straw hat , his whip and his wagon and his pair of bulls to greet these new arrivals , the minute they arrived .In those days it's was not often that a contingent of new arrivals landed . Usually it occurred only once a year .
What did philippe Amyot do in Kébec ? We don't know .When he died we still don't know ? However its certain that he died in the year 1639 . The burial act was not registered in the record of Quebec .
Certain allege that he died by drowning , and because his body was never found , they never registered his death . Other presumed that they just simply forgot to re-enter his burial act when they reconstructed the parish register after the fire in the chapel Notre-Dame de la Recouvrance in 1640 .

Notary Audouart 7th September 1639 inventoried of the possesion of Philippe Amyot
In September 1639 , Anne Couvent , the widow of Philippe Amyot , married Jacques Maheu ; they had two sons and one daughter .
She became a widow once again in July 1663 and married for a third time, a man by the name of Etienne Blanchon "dit" La rose .( Notary contract Bequet the 5th may , 1666 ) She was 65 and Etienne 35 .

( Notary Duquet 10th January 1676 inventoried of Etienne Blanchon & Anne Couvent ) The 5th January 1674, she gives to the children of her son Mathieu, an estate located in the base ville (lower town) of Québec . ( Act of Bequet ) Unfortunately this property will later be dispute between Marie Minville and her Children . Anne Convent died in 1674.

Philippe arrived in Canada in the summer of 1635. He was accompanied by his wife, Anne Convent, and two sons, Mathieu and Jean. In 1636, another son, Charles was born at Québec.

There is some evidence to suggest Philippe was a Coureur-de-Bois. Three years after his arrival in New France, Philippe Amiot died 26 Sep 1639, in Québec. However, through his sons, Mathieu and Charles, he established a long line of descendants which today number in the thousands.

Anne Convent (1605-1675), the daughter of Guillaume Convent & Antoinette De Longral, was born about 1604 in L'Estrée, France. Her second marriage on 26 September 1639 was to Jacques Maheu in Québec. Her third husband was Etienne Blanchon Larose. She died on Christmas Day and was buried on 26 December 1675 in Québec.

More from: Technological Adaptation on the Frontier: An Examination of Blacksmithing at Fort Michilimackinac, 1715-1781, by Amy S. Roache-Fedchenko, Syracuse University

An inventory of Amiot’s work from the time he worked for the French military includes the repair or furnishing of screws, sight beads, sights, cocks, ramrod guides, face plates, a bolt, springs, frizzens and tempering, sears, tumblers, a shoulder strap, and the assembly of fusils; all gun parts or gun related work (Amiot 1747 a, 1747b).

These objects indicate that the blacksmith may have been completing work for military personnel and for the purposes of trade relations between the French military and Native American groups. According to Amiot’s 1747 inventory he was repairing traps and trap parts (Amiot 1747). It is not known for whom Amiot made the repairs, although it is likely that traps were being repaired for traders and Native Americans.

Hoes were documented to have been repaired at the site and show up on French trader’s inventory lists as pioches (LeFeuure 1746; Amiot 1774).

Strike-a-lites, or firesteels, as referred to in historic documents, was another type of object that was documented to have been produced by the blacksmith at Fort Michilimackinac (Amiot 1774).

Return to beginning of book… http://laprairie-voyageur-canoes.blogspot.com/2017/03/ripples-introduction-contents-and.html

Sponsored Search by Ancestry.com
DNA
No known carriers of Philippe's DNA have taken a DNA test. 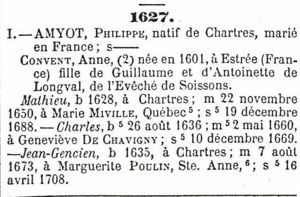 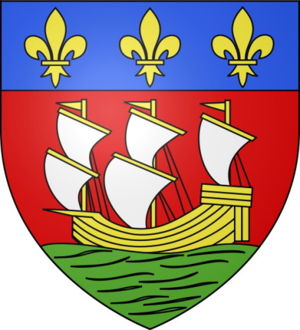 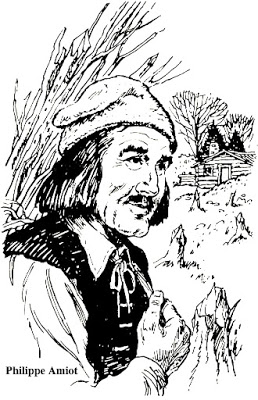 Danielle Liard
no idea where the data comes from, already put a note about that lack of sources on some of this last year. Some of the text is totally imaginary for sure, like the bit about Champlain and his straw hat, lol.
posted Jan 27, 2019 by Danielle Liard
[Living Lavigne]
Danielle, I looked in my hard copy of the SGCF article on the Amiots and Couvents and p. 33 states, "Sachant que Philippe Amiot qui avait aquis la maison en 1626 est décédé en 1639", under the section on the Maison des Ormes, which was the non-noble private estate of dame Antoinette de Longueval that was in Epieds not Estrees, and it does say it had around 30 arpents of land (37 acres), but I couldn't see anything in the description about how many rooms it had. I also couldn't see the name of the supposed civil notary anywhere in pp. 30-33, only notaire Duquet is mentioned.
posted Jan 27, 2019 by [Living Lavigne]

Danielle Liard
hi cousins, can someone please tell me where the data on his 1639 inventory comes from? Guillaume Audouart, the notary cited, only started as a notary a decade later. Also, the sale of house by Antoinette Longueval in Estrée (France). Need some sources on this please.
posted Mar 11, 2018 by Danielle Liard

Jim LaBossiere
Amyot-20 and Amiot-6 appear to represent the same person because: Duplicate husband of Anne Couvent-6 caused by merge of her duplications, Anne Convent-9 into Anne Couvent-6, which has been completed. The Amiot name has sources; Amyot is just a variation.
posted Mar 03, 2018 by Jim LaBossiere