"Christian Ancher was a Norwegian merchant, timber trader and ship owner. He was born in Søndre Land, was married to Karen Elieson, and was the father of chamberlain Bernt Anker, prime minister Peder Anker and wholesaler Jess Anker. He eventually became the largest timber trader in Christiania, and was also big in shipping. He is known for his home Paleet near Bjørvika, which later was used as a Royal residence.[1]

He came to the reputed merchant in Oslo, Peder Leuch, in 1724, whom he served with fidelity and skill, until he himself became a rich merchant and an esteemed man. Became Commercial Council 1733, Justice 1754, built in 1755 on rammed piles the so-called palace in Oslo, rested house with his son Bernt A in his will placed at the disposal of the public and which has been regularly used by the royal family. In 1758 he donated a silver christening dish and other gifts to Fluberg Church. [4]

ask our community of genealogists a question.
Sponsored Search by Ancestry.com
DNA Connections
It may be possible to confirm family relationships with Christian by comparing test results with other carriers of his Y-chromosome or his mother's mitochondrial DNA. However, there are no known yDNA or mtDNA test-takers in his direct paternal or maternal line. It is likely that these autosomal DNA test-takers will share some percentage of DNA with Christian: 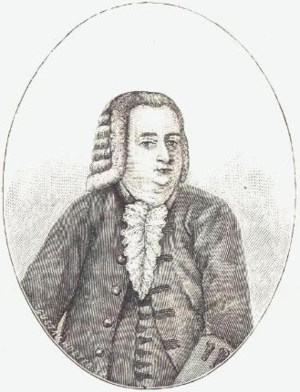