"Bernt Anker's great-grandfather Erich Olsen Ancher was born in Gothenburg and settled as a merchant in Christiania in the 1660s. His son Bernt Ancher became parish priest in Land, and his grandson Christian Ancher followed in his grandfather's footsteps and became a merchant in Christiania, where he established himself as a shipowner and lumber exporter. When Bernt Anker was born, his father owned 50 ships and was one of the city's largest timber merchants. Bernt Anker received a good education according to the standards of the time. After finishing school, he traveled with his brothers around Europe for several years, learning a total of seven languages. When Anker was 21, he took over the trading house with his mother, who had become a widow, and his two brothers, Peder and Jess. The eldest of the brothers, Iver Ancher, died unmarried in 1772 without having played any role in the family business.[2]

Bernt Anker was born 22 November 1746 in Oslo, the son of Christian Anker and Karen Elieson . He was baptized 29 November of the same year at Oslo Domkirken.[3]

"At the age of 26, Bernt Anker married Mathia Collett 11 April 1773 at Oslo.[4] Mathia was ten years older than Bernt. She was the widow of Morten Leuch and was one of Christiania's richest women. With his newly acquired capital, Bernt Anker was able to buy out the rest of the family from the trading house and become the sole owner."[5]

"In 1778, Bernt Anker and his brothers and cousins ​​succeeded in being admitted to the nobility by claiming that the family came from an extinct Swedish noble family called Anckar (who had been ennobled in 1625 and who died out in 1645). This did not happen through nobility of the Norwegian nobility, but through naturalization on the basis of the claims that the family belonged to the Swedish noble family Anckar. However, the family's lineage from the Anckar family was considered highly questionable even at the time and was revealed as a forgery by Alf Collett in Personalhistorisk Tidsskrift in 1889, when he found court records from 1666 which showed that Bernt Anker's great-grandfather «Erich Anchersen, a poor foreign Karl of Lübeck ”was found guilty of customs fraud. Erich Anckersen was the son of a blacksmith and is described in contemporary sources as the servant of the Lübeck merchant Peter Bahrum. When the Norwegian family achieved naturalization, all family members changed the spelling of Anker. Bernt Anker became a member of the prestigious Academy The Royal Society in London on November 7, 1782. In his autobiography he states that "among the many scenes in his life, nothing has instilled in him a holier fear than when Newton's own name was written as a Member. , and Bernt Anker in it drew his ». In 1780 he became grand master of the city's Masonic movement. He became chamberlain and received the Grand Cross of the Order of the Dannebrog after he had bequeathed his large collection of paintings to the Royal House in Copenhagen.[6]

"During his life, Bernt Anker wrote several plays that were performed in Christiania. He often played the lead role himself. In 1796, Anker was one of several who demanded that Christiania get a university and a national bank, but these demands were rejected by the king in Copenhagen.[7]

Both Bernt and his wife Mathia were listed in the 1801 Norway Census. They were living at their home in Oslo, 106 Toldbod Gaden. He was 54 and she was 63. Bernt's nephew, 20-year-old Morton Anker, was also living at the household. There were also 15 servants, including maids, gardeners and cooks. [8]

"In 1805, Anker, 58 years old, died as a widower and childless. The palace was bequeathed to the state as a royal residence. The cathedral school got Paléhagen and a collection of books. The War School received Bernt Anker's personal book collection and the property at Tollbugata 10. The rest of the fortune was placed in a fideicommission that was to distribute the profits annually among the city's widows, students and the poor. But Bernt Anker's relatives embezzled large sums from the company, which was declared bankrupt shortly after his death.[10]

Is Bernt your ancestor? Please don't go away!

ask our community of genealogists a question.
Sponsored Search by Ancestry.com
DNA
No known carriers of Bernt's ancestors' DNA have taken a DNA test. 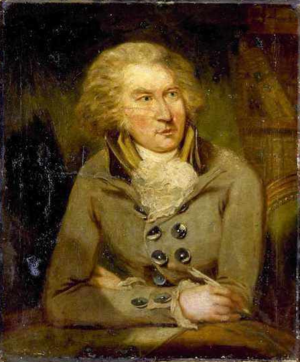