Mary Anning was born and baptized in 1799 in Lyme Regis, Dorset to Richard and Mary Anning.[1] [2] She passed away in March of 1847 after battling breast cancer. [3]

Images: 2
Portrait of Mary Anning with her dog Tray and the Golden Cap outcrop in the background 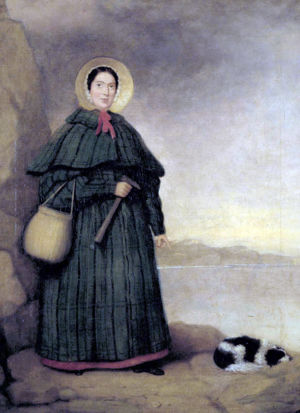 The grave of the Anning family in Lyme Regis 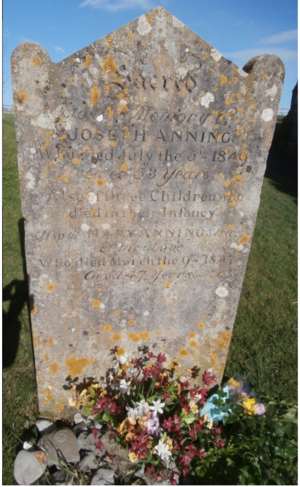 Melanie Paul
She passed away in March of 1947 after battling breast cancer.
posted May 05, 2019 by Melanie Paul

DK Clews
Anning-69 and Anning-68 do not represent the same person because: Mary Anning (Anning-69) was born first, died age 4 in a fire and the namesake of Mary Anning (Anning-68) who was born 5 months later. See Wikipedia: "Richard and Molly had ten children.[9] The first child, Mary, was born in 1794. She was followed by another girl, who died almost at once; Joseph in 1796; and another son in 1798, who died in infancy. In December that year, the oldest child, then four years old, died after her clothes caught fire, possibly while adding wood shavings to the fire.[8] The incident was reported in the Bath Chronicle on 27 December 1798: "A child, four years of age of Mr. R. Anning, a cabinetmaker of Lyme, was left by the mother for about five minutes ... in a room where there were some shavings ... The girl's clothes caught fire and she was so dreadfully burnt as to cause her death."[10] When another daughter was born just five months later, she was named Mary after her dead sister. More children were born after her, but none of them survived more than a couple of years. Only Mary and Joseph survived to adulthood."
posted May 09, 2017 by DK Clews