Fernando II (Aragón) de Aragón is a member of the House of Trastámara.

Ferdinand is today best known for his role in inaugurating the re-discovery of the New World, since he and Isabella sponsored the first voyage of Christopher Columbus in 1492. That year he also fought the final war with Granada which expunged the last Islamic state on Iberian soil, thus bringing to a close the centuries-long Reconquista. At his death he was succeeded by Joanna, who co-ruled with her son, Carlos I over all the Iberian kingdoms except Portugal.

Aragónese crown included the kingdoms of Majorca, Sardinia and Valencia, as well as the Principality of Catalonia.

King Ferdinand had one son with Germaine of Foix:

With Aldonza Ruiz de Iborre y Alemany, a Catalan noblewoman of Cervera, he had:

It is also legend that King Fernando had relations with Luisa Estrada and she had a son,Juan Alonso Sosa , who became Royal Treasurer of New Spain. However, most genealogists now agree that Juan Alonso Sosa was the son of a neighbor of the King of Aragón but he was taken in, raised among, and was in the service of the King's Court.

Almost all of the Modern and Contemporary European and Russian monarchs and royalty descended from King Ferdinand II and Queen Isabella.

See also: (not sure if any of the following have been consulted or this is just a list copied from another website?) 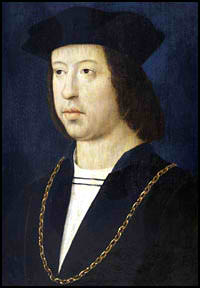 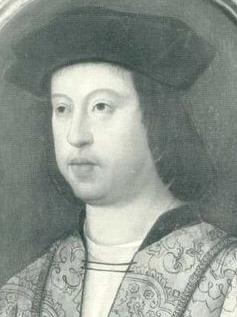 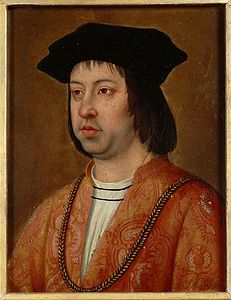 Robin Lee
King of Aragon-3 and Aragón-122 appear to represent the same person because: merging into correct name structure and profile with correct dates
posted Aug 21, 2019 by Robin Lee

Maurice LeBlanc
Trastámara-17 and Aragón-122 are not ready to be merged because: Slightly different dates
posted Feb 01, 2015 by Maurice LeBlanc