Occupation: King of Aragon, of Sardinia and Corsice; Count of Barcelona

Is Pedro IV your ancestor? Please don't go away!

ask our community of genealogists a question.
Sponsored Search by Ancestry.com
DNA
No known carriers of Pedro IV's DNA have taken a DNA test. 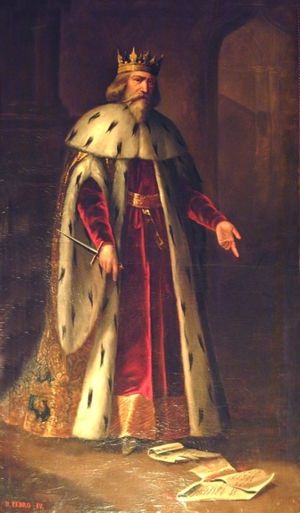 Pedro IV is 23 degrees from Donald Howard, 19 degrees from Julia Howe and 6 degrees from Henry VIII of England on our single family tree. Login to find your connection.