General Benedict Arnold V was a Loyalist in the American Revolution

Wikipedia -- "Benedict Arnold (14 Jan 1741 [O.S. 03 Jan 1740] – 14 Jun 1801) was a general during the American Revolutionary War who originally fought for the American Continental Army but defected to the British Army. While an American general, he obtained command of the fortifications at West Point, New York (future site of the U.S. Military Academy after 1802), overlooking the cliffs at the Hudson River (upriver from British- occupied New York City), and planned to surrender it to the British forces. After the plan was exposed in September 1780, he was commissioned into the British Army as a brigadier general."[1]

From The Maine Book[2]

“Benedict Arnold was born at Norwich, Connecticut, January 14, 1741. He came of good stock, being a great-grandson of Benedict Arnold, the second governor of the colony of Rhode Island.”

“As a youngster, Arnold ran away to serve in the French War of 1756,

but was promptly returned at the request of his parents. Arnold's mother's name was Hannah Waterman, and her family was worthy and influential. It was her interest, no doubt, which secured her son's apprenticeship to the trade of apothecary with her relatives, Drs. Daniel and Joshua Lothrop, both graduates of Yale College, and the leading importers of drugs in New England. Having served his apprenticeship, he made several voyages to the West Indies as super-cargo of a vessel in which he was interested, and then upon returning from a journey to London, he hung out his sign at New Haven: Arnold, druggist, bookseller, etc. From London."

“He had married, in New Haven, Miss Margaret Mansfield, the accomplished daughter of Samuel Mansfield, high-sheriff of the county, by whom he had three children. He was rather short in stature, thickset and very muscular, and of good figure. He had dark hair, light eyes, a florid complexion and features which might fairly be called handsome. He was an excellent horseman, no mean sailor, and a splendid shot with either rifle or pistol. His skill with the latter had stood him in good stead on the dueling-ground, and was destined to save his life once, at least, in close quarters on the battlefield.”

Sponsored Search by Ancestry.com
DNA
No known carriers of Benedict's DNA have taken a DNA test. 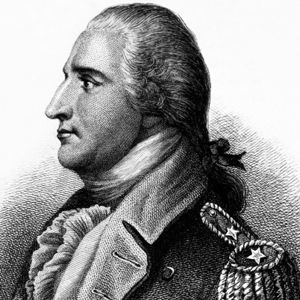 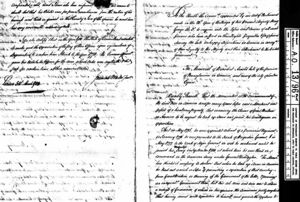 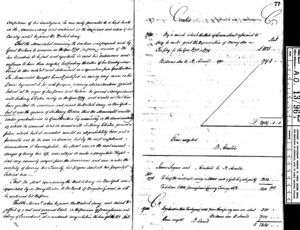 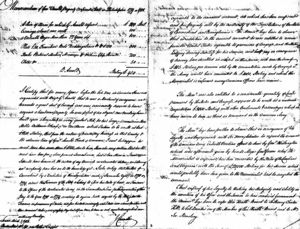 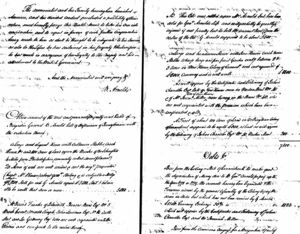 Janne (Shoults) Gorman
Rob, I understand your confusion. There is something wrong with the profile for Benedict Arnold, III. His date of death is listed as 1761. Most Pedigree Resource File I find indicate that he married Patience Coggeshall on January 23, 1705, and marries secondly a woman named Mary, by whom he fathers a child in 1718. This birth record refers to Mary as a "widow of Benedict" indicating his death is prior to 1719.
posted Jul 10, 2019 by Janne (Shoults) Gorman
Rob Stafford Jr
I am once again hopelessly lost trying to get all of the Benedict Arnolds lined up. If anyone has the information and the patience, it would be a great service to get this straightened out. The Wikipedia article, which I suspect is well researched, indicates that this BA is the son of the BA who was born in 1683, which I think is BA III Arnold-408, and Hannah Waterman King Waterman-84, who is shown as married to BA IV Arnold-6139. Is it possible that we have the wives of BA III and BA IV messed up?
posted Jul 09, 2019 by Rob Stafford Jr

Lisa Hazard
I'm working on connecting my ancestor Ann Arnold to her parents Benedict Arnold and Patience Coggeshall. In trying to sort out all of the Benedicts I discovered that there may be one missing. Benedict Arnold 1719-1760 does not appear to have a WikiTree profile, and is listed here [1] as the father of Benedict Arnold V, which would make Benedict Arnold III his grandfather, not his father. Does that sound right?
posted Aug 09, 2018 by Lisa Hazard

The Family of William Stone, One of the first settlers of Guilford, Connecticut by Edward Perry Stone (1938). Gateway Press, Cortland, New York 1980, 178 pages, 11 generations, Book In Library of Congress

Jimmy M. Sisson
I have his parents as:

instead of Benedict Arnold III (Arnold-408).