Hugh Oakeley Arnold-Forster PC (19 August 1855 – 12 March 1909), known as H. O. Arnold-Forster, was a British politician and writer. He notably served as Secretary of State for War from 1903 in Balfour's Conservative government until December 1905.

Arnold-Forster was the son of William Delafield Arnold, Director of Public Instruction in the Punjab, and grandson of Thomas Arnold, of Rugby. When his father died in 1859, he was adopted by William Edward Forster and his wife Jane, who was his father's sister, he was educated at Rugby and University College, Oxford, from which he graduated with 1st Class Honours. He was called to the bar in 1879.

Arnold-Forster acted as private secretary to his adoptive father, who became Chief Secretary for Ireland in 1880, he joined Cassell & Co. in 1885, for whom he prepared educational manuals, including the "Citizen Reader" series. He was secretary of the Imperial Federation League from 1884.

Arnold-Forster sat as Liberal Unionist Member of Parliament for West Belfast from 1892 to 1906 and Unionist member for Croydon from 1906 until his death. He served as Parliamentary and Financial Secretary to the Admiralty under Lord Salisbury and Arthur Balfour from 1900 to 1903. As such, he was during August 1902 invited by German authorities to tour the dockyards and naval establishments in Kiel and Wilhelmshaven and several of the great private shipyards in the country. Balfour appointed him to Secretary of State for War (with a seat in the cabinet) in 1903, and he served as such until 1905, during which time he reorganized the War Office (see Esher Report). In 1903 he was sworn of the Privy Council, during the Army reforms he clashed with Lord Esher, the King's minister attendant. He complained to the Prime Minister that he was being circumvented by an unelected and unaccountable authority vested in the royal prerogative. Balfour's proposal, to annexe some of the royal prerogatives, was partly because of the challenge to the post of Commander-in-Chief which was abolished as a royal sinecure. Arnold-Foster was frequently ignored at cabinet meetings, as decisions had been taken behind his back by courtiers moving in Military circles.

Arnold-Forster married Mary Lucy Story-Maskelyne (1861 –1951), daughter of Nevil Story Maskelyne, in 1885. They had four sons, of whom his Times obituary states "the eldest is just beginning to practise as an artist, and the youngest is a naval cadet." They were :

ask our community of genealogists a question.
Sponsored Search by Ancestry.com
DNA
No known carriers of Hugh's DNA have taken a DNA test. 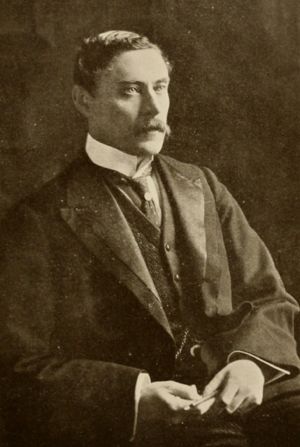