Frank Aroa was born on 28 January 1874, the fourth son of Robert Aroa and Ellen Soper

In 1896 and 1897 Frank was active around Blind River, where he and his brother were appointed as rangers.

Frank Aroa and Alice Annie Stockley were married on 20 April 1898 at the Church of the Epiphany, Awatere by Rev. E.N. Ensor. Alice was the fourth daughter of the late William George Stockley of New Plymouth. [2]

The Marlborough Express summarised the wedding in its 23 April 1898 edition:[3]

A pleasing ceremony took place on the 20th inst. at the Church of the Epiphany, Awatere, the occasion being the celebration of the wedding of Miss Alice Annie Stockley, fourth daughter of the late W. G. Stockley, of New Plymouth, to Mr Frank Aroa, fourth son of the late Robert Aroa, of Blind River. The bride looked very becoming in a lavender serge dress with trimmings to match. Miss Aroa attended the bride, and Mr J. Linton acted as best man. After the ceremony the party adjourned to the residence of Mrs Aroa Senr, where the guests were entertained and a thoroughly enjoyable evening was spent. The bride was the recipient of many useful and valuable presents.

Birth of his son Leonard [4] Aroa.—At the residence of Mrs Mallet, Warwick Street, on March 28th, the wife of Mr Frank Aroa, of a son. (Leonard Stockley Aroa)

In 1904-1907 he was in North Taranaki, managing a grocery store and actively involved in the Uruti Athletic Club,where he served as secretary, as well as competing regularly.

In June 1907 he left the Uruti store that he had managed to be run by his brother Robert (Bob). [7]
Mr Frank Aroa, who has for some time managed Mr Rowe's store here, has left Uruti, and was accorded a most enthusiastic send-off in the form of a social in the hall. His brother, Mr Bob Aroa, succeeds him.

He immediately joined as a partner with brother Richard, the owner of Aroa's Cash Store in Brougham St, New Plymouth. It was renamed R. and F. Aroa, Grocers and Produce Dealers..

In May 1909 the partnership ended, with Richard taking over Brougham St, and Frank setting up his grocery shop in Oakuru, south of New Plymouth.

In December 1910 Frank had an accident with a methylated spirit lamp which exploded in his face, causing burns to his head, but worse injury was prevented thanks to the timely intervention of his wife. [8]

STRATFORD EVENING POST, 13 NOVEMBER 1931. [10]
A pioneer settler of the Mangawhero Road, Riverlea district, Mr, Frank Aroa, died at Wanganui on Wednesday after a long illness. He suffered a stroke some two years ago, and though he partly recovered and returned to his home, he subsequently returned to Wanganui for further treatment and gradually failed, till his death occurred. Mr. Aroa took up land on the Mangawhero Road many years ago and, with his sons, converted a rough bush section to a highly improved steading. He took an active interest in any move for the benefit of the district and was specially active in the Sports Club, of which he had been secretary as well as president. In his youth he was noted as a good runner.

Frank and Alice are buried at the Manaia Cemetery, Taranaki. [12]

ask our community of genealogists a question.
Sponsored Search by Ancestry.com
DNA Connections
It may be possible to confirm family relationships with Frank by comparing test results with other carriers of his Y-chromosome or his mother's mitochondrial DNA. However, there are no known yDNA or mtDNA test-takers in his direct paternal or maternal line. It is likely that these autosomal DNA test-takers will share DNA with Frank: 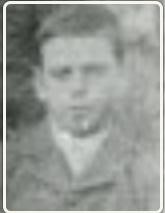 Frank is 24 degrees from Danielle Liard, 18 degrees from Jack London and 20 degrees from Henry VIII of England on our single family tree. Login to find your connection.