Sarah and James lived in Hundalee, Kaikoura and had two children, the eldest aged 7 and the youngest only 3 years at the time of James' untimely death.

Their children were Myrtle and Allan

Tragically, Sarah lost her husband James in an accident, in an eerily similar way as her mother had lost her father, almost twenty years earlier. The Marlborough Express of 10 November 1908 explains:

PERSONAL. Our Kaikoura correspondent telegraphs that Mr James Benjamin Stirling was killed on Sunday evening through his horses bolting and pulling him over the splash-board of his buggy. He was discovered dead across the swingletrees, his head and shoulders being much cut about. The deceased was a son-in-law of Mrs Aroa, and was formerly manager of Starborough. He was highly esteemed in Kaikoura.

The following day the Marlborough Express expanded on its story: [6]

Mr James Benjamin Stirling, sheep farmer, of Hundalee, was killed at half-past six o'clock last night. We are informed that he was driving to Mr Goulter's, Omihi, and had just left his wife at Mr C. Smith's, when, after starting off from there, the horses shied and bolted. Mr Stirling was thrown forward and was seen to fall over the buggy splash board. The horses, being out of control, continued in their mad career across the Oaro river, unchecked until they got opposite the Catholic Church, when they were stopped by Mr Beaton, jun., and others. Mr Stirling was found to be dead, his body across the swingletrees, with the head downward. Apparently his head had struck the ground when he fell over, rendering him unconscious, and it probably bumped against the roadway, as it was much cut about, as also, were his shoulders. The clothes on the upper part of the body wore torn off. Mr Christopher Smith and Mr Gilbert followed up the bolting horses when it was seen that Mr Stirling had not recovered, his seat. Mr Stirling was successful in obtaining one of the Hundalee holdings when the country was sub-divided some years ago, and as soon as he got buildings erected he made it his home, he and his wife being highly esteemed as settlers. Deceased, who was every thing his name signifies, was a most industrious settler and an unostentatious man. He is understood to have managed Scarborough at one time, and is also said to have been associated with other Awatere properties. He married a Miss Aroa (Blind River) and leaves a widow and young family; his age was about 50.

As James had obviously left no will, letters of administration were granted to Sarah on 4 December 1908, by the Supreme Court sitting in Nelson. Sarah lived for many years, dying in 1959 at the age of 92.

ask our community of genealogists a question.
Sponsored Search by Ancestry.com
DNA Connections
It may be possible to confirm family relationships with Sarah by comparing test results with other carriers of her ancestors' mitochondrial DNA. However, there are no known mtDNA test-takers in her direct maternal line. It is likely that these autosomal DNA test-takers will share DNA with Sarah: 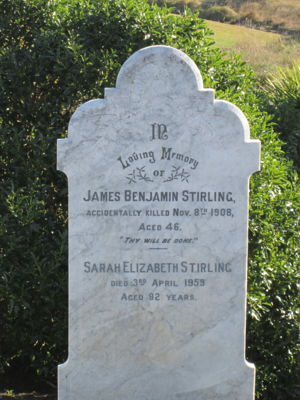 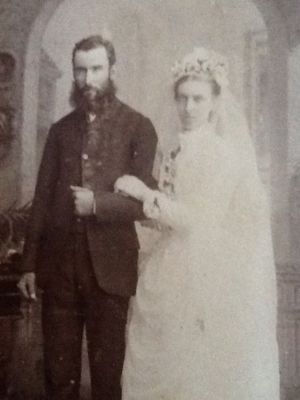 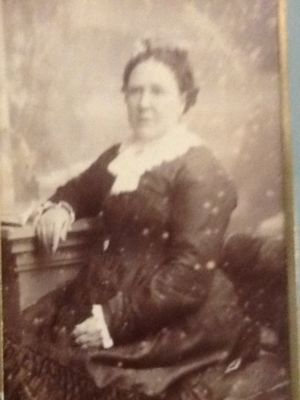 Sarah is 24 degrees from Danielle Liard, 18 degrees from Jack London and 20 degrees from Henry VIII of England on our single family tree. Login to find your connection.