András II (Arpadhazi) Árpádházi is a member of the House of Árpád.

Through András II line , came the King Andrew III who was the last monarch of the House of Árpád .

Error 723 (prefix in 1st name) corrected, according to guidance @ https://www.wikitree.com/wiki/Help:Name_Fields_for_European_Aristocrats

Other Comments to the Profile Mgr 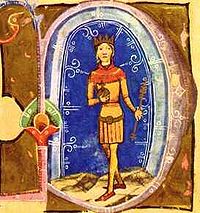 András II is 24 degrees from Cecil B. DeMille, 29 degrees from Rosalie Neve and 10 degrees from Henry VIII of England on our single family tree. Login to find your connection.