Some older sources list his birth date as 05 October 1830,[1] but biographer Thomas C. Reeves confirms that this is incorrect: Arthur claimed to be a year younger "out of simple vanity."[2]

He married Ellen Lewis Herndon and he was the father of three children [3]. One son died at three years old. He had two other children Chester Alan Arthur, Jr. and Ellen "Nell" Arthur.

There was a debate whether Chester Arthur was born in Canada[4] but because his mother was American , his candidacy for Presidency was never challenged under birthright citizenship [3].

A New York attorney, Arthur P. Hinman, startled the voters of the country shortly after the election of 1880 by interviews in which he accused General Arthur of being a British subject. To support the claim, he presented an elaborate story of Arthur’s birth, purporting to show that he had been born in Canada, of a British father and an American mother. The enterprising New York Sun investigated Hinman’s tale and published a complete refutation the day after Arthur took the oath as President. His origins were widely understood when he became the twenty-first President of the United States. [2] [5]

A well sourced summary of his Presidency is available at Wikipedia: Chester Arthur

Arthur County, Nebraska is named in his honor.

Sponsored Search by Ancestry.com
DNA Connections
It may be possible to confirm family relationships with Chester by comparing test results with other carriers of his Y-chromosome or his mother's mitochondrial DNA. However, there are no known yDNA or mtDNA test-takers in his direct paternal or maternal line. It is likely that these autosomal DNA test-takers will share some percentage of DNA with Chester: 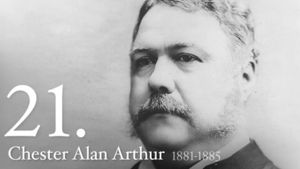 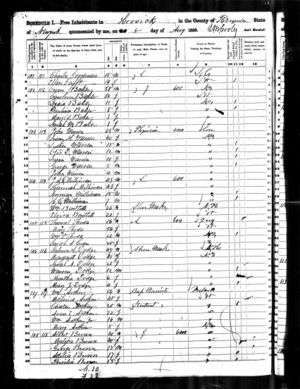 The Chester Alan Arthur Family at the White House 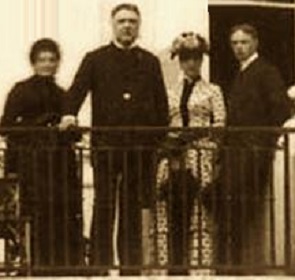 Chester A Arthur 21 Cents US Postage 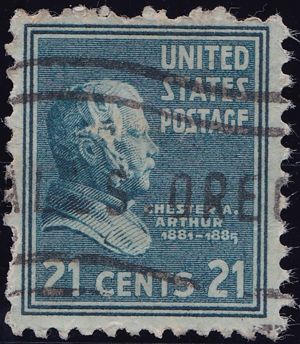 Chester A. Arthur to James Terwilliger 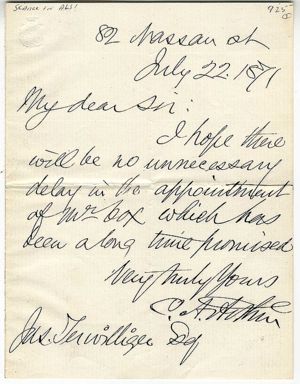 Scott Lee
President Arthur suffered from Bright's Disease a kidney ailment and died from a stroke. https://www.inthechickencoop.us/notables/arthur/
posted Feb 04, 2019 by Scott Lee
R Prior
The interesting thing is that Chester burned almost all of his letters and papers in the days before his death, leading some to speculate about what he had to hide.

With regards to the controversy about his eligibility for the Presidency, during his lifetime the focus was on whether or not he was born in the US or Canada. However, modern researchers discovered in late 2008, that his father was a British citizen until 1843, a fact that would have dramatically changed the nature of the question of his eligibility in his lifetime, if it had been widely known.

Bernard Ellis
Why would his father's citizenship status matter to his eligibility, if he was definitely born in America?
posted Jul 15, 2021 by Bernard Ellis