She was born 1248 in Arras, France,[citation needed] the daughter of Matilda of Brabant and Robert I, Count of Artois.[3]

Her father was Count of Artois from Sep 1216 - 9 Feb 1250 and her mother, Matilda of Brabant, was daughter of Henry II, Duke of Brabant.

First Marriage to Henry of Navarre

Blanche d'Artois was the queen consort of Navarre during her marriage to Henry I of Navarre.[3]

This marriage was politically advantageous for Navarre, Blanche having been the niece of Louis IX of France. [3]

Together they had two children:

After her husband Henry I of Navarre's death, she served as regent from 1274 to 1284 on behalf of her daughter, Joan I. Besides Navarre, she ruled the counties of Brie, Champagne, Troyes and Meaux. [3]

On 29 October 1276 Blanche married Edmund Crouchback in Westminster Abbey. In so doing she married into the English royal family, becoming the Countess of Lancaster. Edmund was also a widower. [3]

Another source gives the location of the wedding as Paris and the date as 3 February 1276. That same year Edmund became the Count of Champagne and Brie in France

Children of Edmund and Blanche

Two other children are presently linked to these parents, but the relationship is not established:

Blanche d'Artois died 2 May 1302[3] in Paris and is buried in the Monoressea (Minoresses) Convent, Aldgate, London.[citation needed]

This profile is a work-in-progress. Under the developing rules on historically-significant ancestors over 300-years-old we are doing expedited merges. The final WikiTree ID is Artois-3. Do not merge this profile into any other. Merge duplicates into this profile. The current manager and contact person is Lindsay Coleman but this is under the auspices of the European Aristocratic Ancestors User Group so the actual manager is subject to change. Please join the user group to participate in cleaning up and maintaining these profiles. We need one manager to take primary responsibility for each profile. Stough-48 21:40, 31 January 2012 (EST)

Sponsored Search by Ancestry.com
DNA
No known carriers of Blanche's DNA have taken a DNA test. 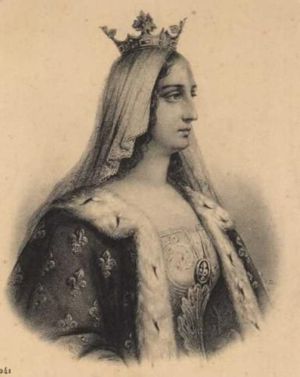 John Atkinson
I agree that where we have used a dynastic name as LNAB as we have with Plantagenet, it isn't appropriate to use that LNAB as the current last name for any spouses marrying into that family.

Unless there are any objections, I'll change the CLN to d'Artois.

Andrew Lancaster
Carolyn, I think Plantagenet here is being used as a married surname. I am not sure that she should have such married names for people in this period though.
posted Dec 07, 2019 by Andrew Lancaster

Carolyn Gibson
Blanche d'Artois was not Plantagenet. She was French, descended from the Capets.

The Plantagenets were descended from Geoffrey d'Anjou when he married Matilda fitzHenry, the only surviving child of King Henry I Beauclerc after his son was drowned in the White Ship. They went on to have King Henry II of England who became known as 'Plantagenet' after his father's nickname due to the sprig of Plantagenet he used to wear in his hat.

She seems to be commonly referred to as Blanche d'Artois, as she was first married to Henry I of France.

Lynden (Raber) Rodriguez OCDS
Artois-66 and Artois-3 appear to represent the same person because: Hello! I believe these two profiles are for the same person.

Blanche is 25 degrees from Mary McCauley, 27 degrees from B. W. J. Molier and 8 degrees from Henry VIII of England on our single family tree. Login to find your connection.