John Lawrence Ashbery was born in Rochester, New York, to Chester Ashbery and Helen Lawrence, both of whom were college graduates. Helen was a biology teacher.

In early childhood, John experienced a dislocation that was traumatic for him, moving at the age of seven from his maternal grandparents’ house in Rochester to his father’s fruit farm outside Sodus, near Lake Ontario in upstate New York.

Growing up in the snowbelt he amused himself with books and magazines during the winter and he spent summers working unenthusiastically in his father’s cherry orchards.

In 1979 , he purchased a house in Hudson, New York which resembled his grandparents home on Dartmouth Street in Rochester and is featured in Architectural Digest.

He has published more than twenty volumes of poetry and won nearly every major American award for poetry, including a Pulitzer Prize in 1976 for his collection Self-Portrait in a Convex Mirror.[1] [2] 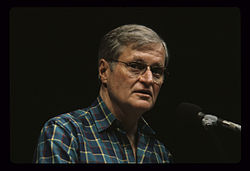 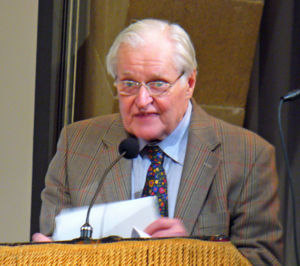