Yoshinori was notorious for his oppressive measures and unpredictable dictatorial whims. Yoshinori was assassinated by the Akamatsu family of military governors who invited him to a Noh performance at their residence and assassinated him during the evening play. Yoshinori was 48[2] at the age of his assassination which was organized by Akamatsu Mitsusuke, who had learned that Yoshinori planned to bestow on a youthful male favorite three provinces belonging to Mitsusuke; shortly thereafter, it was determined that his 8-year-old son, Yoshikatsu, would become the new shogun.

Is Yoshinori your ancestor? Please don't go away!

ask our community of genealogists a question.
Sponsored Search by Ancestry.com
DNA
No known carriers of Yoshinori's DNA have taken a DNA test. 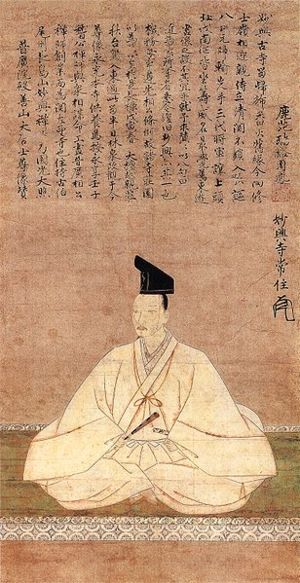