Circa 1987, Ed was living a quiet life in a small, leased house in Studio City, California with two 17-year-old cats left by the owner. He was separated from his first wife at the time.[6]

"Matthew and Kate are trying to make it in acting, and Liza is going for broadcasting. I guess it runs in the family," he said proudly.

Around that time, Ed started a relationship with Carol Jean Vogelman. They had one son.[7] Following his birth, Ed divorced Nancy.

Ed won seven Emmys. He was best known as curmudgeonly boss, Lou Grant, on television's "Mary Tyler Moore" show and his own "Lou Grant" show. He was nominated for Best Guest Actor in a Drama series for his role of Abraham Klein in CSI: NY in 2009. He was former president of the Screen Actors Guild.[13]

Ed was also a political activist and animal rights activist, as well as involved with the Autism Speaks nonprofit organization, inspired by his family members with autism. He servedon the advisory board of a suburban Chicago firm that employs persons with autistic spectrum disorders to test and program software.[14] 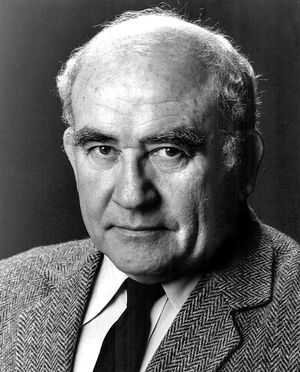