He had temporary pop culture fame courtesy of David Letterman when he appeared on the talk show due to his unique name by which he went, Dick Assman.

With sadness in our hearts we announce the peaceful passing of Richard (Dick) Arthur Assman on Monday, August 15, 2016 in Regina, SK. Born in Neudorf, SK in 1934, Richard worked as a manager, mechanic and gas attendant at service stations in Regina his entire adult life. He was predeceased by his parents Adolf (1998) and Elizabeth (1995), his brother Wilbert Assman (2004), sister-in-law Doreen Assman (1992), his brother-in-law Stan Iles (2010), and his nephew Jason Michalycia (2013). Left to cherish Richard’s memory is his loving friend Linda Cox, and his family: Elaine Iles, Regina; Pearl (Stan) Cwynar, Regina; Raymond (Leona Wolfe), Grenfell; Joan (Vern) Sens, Grenfell; Jean (Les) Michalycia, Regina; Norma (John) Korzenowski, Regina; Marlene (Don) Leir, Pilot Butte; and numerous nieces and nephews. A Celebration of his Life will be held at Speers Funeral Chapel, 2136 College Avenue, Regina, SK on Monday, August 22, 2016 at 1:00 p.m. with Rev. David Haberstock officiating. Interment at Riverside Memorial Park. Flowers most gratefully declined. Donations may be made in his memory to the Heart and Stroke Foundation of Saskatchewan, Unit 26 – 1738 Quebec Avenue, Saskatoon, SK S7K 1V9 or to a charity of your choice. To leave an online message of condolence, please visit www.speersfuneralchapel.com 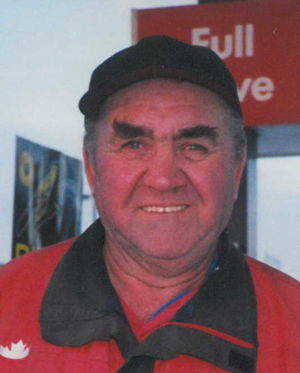