He was born Johann Jakob Astor and was a German-born American businessman, merchant, fur trader, and investor who was the first prominent member of the Astor family and the first multi-millionaire in the United States. He was the creator of the first trust in America. He moved to England as a teenager, where he worked as a musical instrument manufacturer. Astor later went to the United States after the American Revolutionary War and built a fur-trading empire that extended to the Great Lakes region and Canada, and later expanded into the American West and Pacific coast. In the early 19th century, he diversified into New York City real estate and later became a famed patron of the arts. 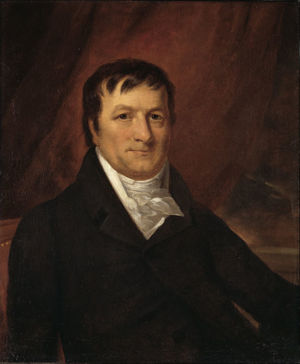 John is 16 degrees from Jaki Erdoes, 10 degrees from Wallis Windsor and 14 degrees from Henry VIII of England on our single family tree. Login to find your connection.