Diana Athill, daughter of Major Lawrence Athill and Alice Carr, was a noted writer, editor, and publishing house founder. She was appointed Officer of the Order of the British Empire in 2009.

Diana was born to Lawrence and Alice in the midst of a Zeppelin air-raid in London in 1917. She read English at Lady Margaret Hall, Oxford and worked for the BBC Overseas Service during World War II. She helped found Allan Wingate publishing in 1946 and André Deutsch publishing in 1951, where she shepherded some of the 20th century's most acclaimed authors, including Philip Roth, Simone de Beauvoir, Jean Rhys, Jack Kerouac, and Margaret Atwood. Athill was a skilled editor and publisher, and, in her own words, a "writer manqué” who authored three fiction works and ten memoirs in her life. Her first published story won a prize from the Observer in 1958, and was followed shortly by her first autobiographical work in 1962. She wrote throughout her life; her last book, Alive, Alive Oh! was published in 2015.

Diana never married, though had many long-term affairs and connections, and never had children. Writing for the Guardian in 2012, she said:

"That I have never become a grandmother, or indeed a mother, ought, I suppose, to be a matter of regret, but I can't say that it is. In middle age I had a brief spasm of hormone-dictated urge to breed, but I think an earlier experience is nearer the truth of my nature. When I was 19, I happened to be alone with a month-old baby for a few minutes. I bent over him to study him, or rather to discover my own feelings about him, and was mildly alarmed to find myself feeling, "I'd much rather pick up a puppy." The alarm was mild because I countered it at once with the thought that if/when I had a child of my own, maternal emotions would come with it; that, surely, must be how it worked? Which would probably have proved true, although I am still unable to mind never having put it to the proof.

Now I have reached great-grandmother age, I dearly love certain young people of my acquaintance and am happy to have them in my life, but am I sorry that they are not my descendants? No, I much prefer thinking of them as surprising and very gratifying friends."

Diana Athill lived to be a centenarian, dying after a short illness, aged 101, at the Mary Feilding Guild, a residential home for the 'active elderly' where she had lived and worked in her last decade.

ask our community of genealogists a question.
Sponsored Search by Ancestry.com
DNA
No known carriers of Diana's ancestors' DNA have taken a DNA test. 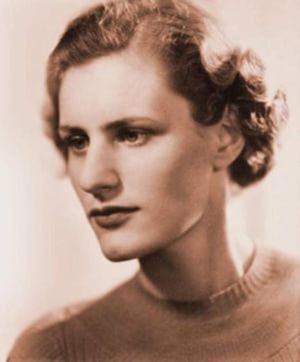