The family would like to offer a message to those who loved Victor as their Governor or counted him as a friend. He often said that what he missed most of all, after retiring from state government, was visiting so many places in Oregon and talking to everyone.

He accomplished much, and he did it with the help, hard work, and dedication, of all the people who worked in many capacities, to make Oregon a healthy, strong, and clean state.

He was strengthened by family, and by wonderful friends, both personal and professional, and enjoyed it when people said, “Hi Governor” when they passed him on the street. So on his behalf: we want you to know he would say, ”I'll miss you.”

Governor Victor George Atiyeh celebrated his 91st birthday on Feb. 20, 2014. On July 5th of this year he celebrated the 70th anniversary of his marriage to Dolores Hewitt Atiyeh, and he and Dolores attended the wedding of their eldest grandson on July 6th.

He served as Oregon's governor from 1979 to 1987 and was the country's firs governor of Arab-American descent.

Victor was born in Portland, Oregon, on Feb. 20, 1923 to Syrian immigrant parents George and Linda Atiyeh. After graduating from Washington High School, he attended the University of Oregon, where he joined the Phi Gamma Delta fraternity and played guard for the Duck's football team. He left school and a future career in professional football, to take care of the family business after the death of his father. He served as President of Atiyeh Bros., Inc. and was actively involved in the rug business for 35 years, and worked on the weekends during legislative years.

Atiyeh served 28 years in Oregon electives offices, winning 19 of 20 elections. As a Republican in the Oregon House and Senate from 1959 to 1979, he was always in the minority party. As governor for eight years, he worked with Democratic majorities in both houses.

He led the state through some of its worst economic times since the Depression. He called a record number of special legislative sessions, most to deal with budget issues. Concerned abut the people of Oregon during financially tough times, he championed the creation of the Oregon Food Bank.

A major emphasis for Governor Atiyeh was economic development and he launched a campaign to persuade international companies to invest in Oregon. He led twenty international business trade missions, mostly to the Far East and Middle East.

During his time in office, Oregon gained significant investments from companies including NEC, Fujitsu American and Seiko Espon.

Vic Atiyeh was passionate about communicating with Oregonians. As governor he tallied a quarter-million miles of in-state travel, attending county fairs and town hall meetings in every corner of the state. He held citizen open houses in his office every day.

He created weekly “media availabilities” where reporters could ask any questions and get on-the-record answers. The press corps honored him with a special award for his accessibility.

After leaving office in 1987, Governor Atiyeh became an international trade consultant. He commuted downtown daily until closing his Portland office this year.

Governor Atiyeh was preceded in death by his brother Richard Atiyeh and his wife Mary Alice.

The family is grateful for the outpouring of condolences sent and articles written from across Oregon and beyond.

A private family service has been held. A public memorial is scheduled for Sept. 3 at 10 a.m. in the State Capitol, Oregon House of Representatives' chamber.

Memorial contributions may be made to: The Boy Scouts of America, Cascade Pacific Council 2145SW Naito Parkway, Portland OR 97201 and Pacific University Governor Atiyeh Archive, 2043 College Way, Forest Grove, OR 97116

Is Victor G. your relative? Please don't go away!

ask our community of genealogists a question.
Sponsored Search by Ancestry.com
DNA
No known carriers of Victor G.'s ancestors' DNA have taken a DNA test. 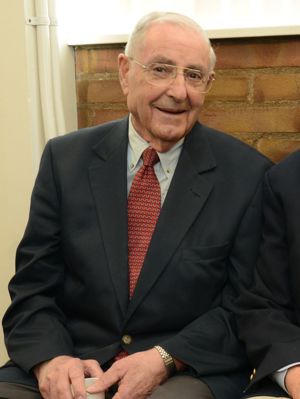