Born 29 August 1923 in Cambridge, United Kingdom, Richard Samuel Attenborough was an actor, producer, film director and entrepreneur. Best known for his roles in movies like Jurassic Park, Miracle on 34th Street and The Great Escape, Sir Richard was the recipient of four BAFTA Awards and four Golden Globe Awards. He also won two Academy Awards for Ghandi which he directed and produced.

Eldest of three boys, his parents were Frederick Levi Attenborough, a scholar and academic administrator, and Mary Clegg, a founding member of the Marriage Guidance Council. In 1939, the Attenboroughs took in two German-Jewish refuge girls whom they later adopted when it was discovered their parents had been killed.

During World War II, Sir Richard served with the Royal Air Force. After training he was sent to the RAF Film Unit and flew several missions over Europe filming from the rear gunner's seat. He qualified as a sergeant and also suffered permanent ear damage from the experience.

His role as "Big X", the head of the escape committee, in The Great Escape was his first appearance in a Hollywood blockbuster and his most successful role up to that point. In 1971 he played serial killer John Christie in 10 Rillington Place, a role which earned him excellent reviews. Another big role for Sir Richard, was as developer John Hammond in two of the Jurassic Park movies.

Sir Richard served as President of the Muscular Dystrophy campaign and after 33 years, they made him the Honorary Life President in 2004. He was also a longtime advocate of education that does not judge upon colour, race, creed or religion. He had a life-long ambition to make a film about his hero the political theorist and revolutionary Thomas Paine, whom he called "one of the finest men that ever lived". He said in an interview in 2006 that "I could understand him. He wrote in simple English. I found all his aspirations - the rights of women, the health service, universal education... Everything you can think of that we want is in Rights of Man or The Age of Reason or Common Sense."[1]

Sponsored Search by Ancestry.com
DNA
No known carriers of Richard's DNA have taken a DNA test. 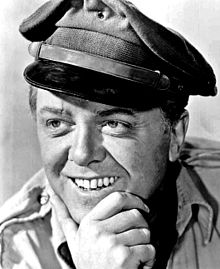 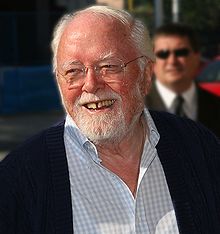 Matt Pryber
According to Wikipedia he was married to Sheila Beryl Grant Sim. she was born 5 June 1922 in Liverpool, Lancashire, England and they had three children Michael 13 February 1950,

Richard had at least two siblings David Frederick born 8 May 1926 in Isleworth,London

Richard is 29 degrees from Danielle Liard, 23 degrees from Jack London and 22 degrees from Henry VIII of England on our single family tree. Login to find your connection.